Baby Driver is essentially one long shredding guitar solo of a film.

Baby Driver might just be the coolest movie of 2017; a music-powered, fast-moving, hip-swiveling rock and roll action movie that gleams and shines and drives with more sheer style, grace, and aplomb than anything that’s come along in, well, it seems like forever.

The plot is basic, to be fair. Ansel Elgort’s eponymous getaway driver is in debt to Doc (Kevin Spacey, luxuriating in the script’s snappy patter), a ruthless criminal mastermind, and is forced to act as a wheelman for a revolving-door crew of armed robbers. All Baby really wants to do is take care of his deaf foster father (CJ Jones) and romance diner waitress Debora (Lily James), but the old “one last job” bit puts him on a collision course with Doc and a dangerous crew consisting of greaser party animal Buddy (Jon Hamm), his devilish girlfriend Darling (Eiza Gonzales), and psycho-for-hire Bats (Jamie Foxx). Cue shoot-outs, car chases (so, so many car chases), and the grooviest soundtrack of the year.

Still, it’s not what you play but how you play it, and Baby Driver is essentially one long shredding guitar solo of a film. The conceit is that Baby has tinnitus from the car accident that killed his parents as a kid, and he keeps a constant musical soundtrack pumping through his earphones to keep the buzz at bay. He’s so music-focused he keeps a range of full iPods at hand for different moods, and times his car chases to the tunes – right out the gate we get a stunning race ‘n’ chase set to The Jon Spencer Blues Explosion’s “Bell Bottoms”, and it’s absolutely a statement of intent: you are not gonna watch this movie so much as dance to it, and love every minute of it.

It’s a musical, really, even if nobody sings all that much; director Edgar Wright and his editors,  Jonathan Amos and Paul Machliss, chop Bill Pope’s ’70s-noir photography to the soundtrack, tying every beat to a motion and an emotion. Even the production design gets in on the act – clock the graffiti in the street when Baby bops along to “Harlem Shuffle” on an errand for coffee. There’s thematic work being done here, too; Baby’s constant soundtrack serves to insulate him from the ugly and violent criminal world he’s being forced to inhabit, and his arc chiefly concerns him taking responsibility for his actions and the crimes he enables.

We don’t dwell on that too much though – we’re too busy having fun, and if there’s a complaint to be made about Baby Driver, it’s that there’s actually not too much going in under the hood – but is that such a crime when the candy apple red finish shines so brightly? Keep an eye on the love story instead, and the star-making turns by Elgort and James. Elgort in particular is a genius bit of casting – Wright understands that what makes Baby appealing isn’t his toughness or his skill behind the wheel, but, like James Dean in Rebel Without a Cause, his vulnerability, and it’s the complete lack of macho posturing that makes our hero such a breath of fresh air in the action movie landscape.

Compare the obnoxious, confrontational style of Foxx’s gangsta, or even Jon Hamm’s “last of the old school outlaws” wild card; perhaps the most interesting subtext here is Baby Driver‘s tiredness of traditional models of masculinity, and the most transgressive thing it does is posit the idea that it’s much cooler to be a nice guy than a loose cannon killer. Baby is, we’re told repeatedly, a good kid with a good heart, and even (most) of the people who wind up trying to kill him hold him in esteem and affection.

That’s there if you want it, but if you just want to groove on the gorgeous aesthetic, that’s cool too. Baby Driver marks a turning point for Edgar Wright as a filmmaker; having developed his skills making brilliant visually striking comedies for years, from Spaced through to The World’s End, this flick feels like the opening riff of the next phase of his career – Track One, Side Two, if you will. It’s an absolute blast that will leave you grinning as you leave the cinema, and humming the soundtrack for days afterwards. 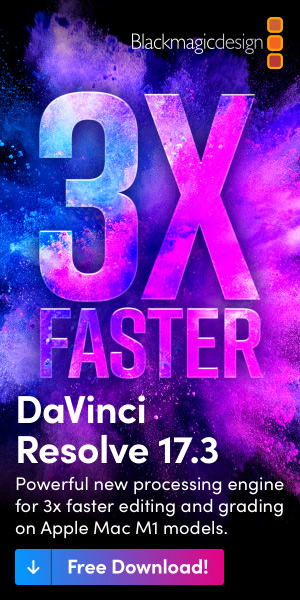