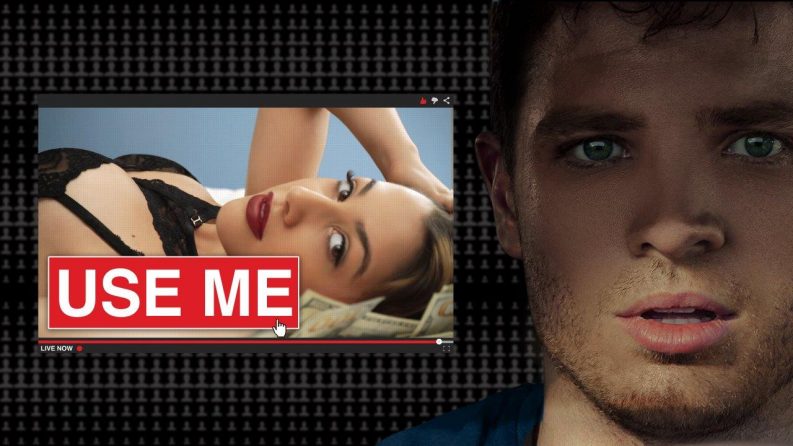 Australian filmmaker Julian Shaw (who started contributing to FilmInk as a teenager, FYI) travels to the United States to direct a documentary focusing on ‘mental humiliatrix’ Ceara Lynch. She dominates a new niche of online sex work and has made a fortune by humiliating men over the Internet… without ever exposing her naked body or meeting them in person.

Julian films everything he witnesses to the point of obsession. With his camera always in hand, he delves into Ceara’s unconventional life. He films her alone and with others. He films her while she shoots simulated sex scenes and while she teases and abuses men through her webcam. He sees the power she wields in her profession and is enthralled.

Ceara ensnares Julian in her illusory world and he quickly develops misplaced feelings for her. His newfound proximity reveals that, in her work, the line between fantasy and reality isn’t as clear as she has led him to believe.

USE ME IS IN AUSTRALIA TO RENT AND BUY ON APPLE TV, GOOGLE PLAY, FETCH TV AND YOUTUBE.

USE ME IS AVAILABLE IN NEW ZEALAND TO RENT AND BUY ON APPLE TV, GOOGLE PLAY, SKY BOX OFFICE AND YOUTUBE.