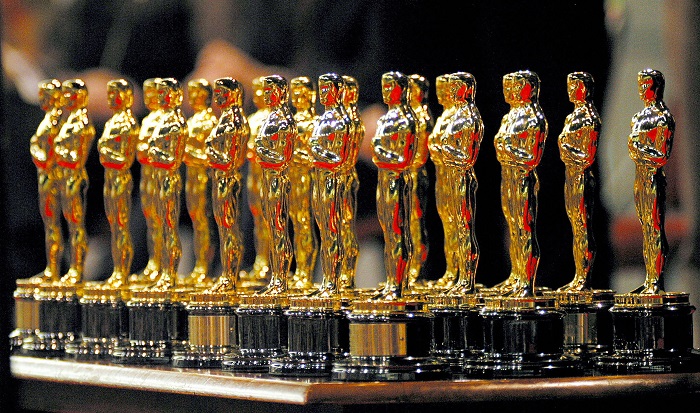 Funny man Kevin Hart was all set to host last year’s Academy Awards ceremony, but was unceremoniously dumped due to a series of homophobic jokes and tweets that he’d made several years before. With an eleventh hour call to make, the organisers of the Oscars made one that nobody was expecting: there would be no host at all. The result was a bland, safe, and pedestrian affair, which you can relive in our report on The 2019 Oscars, defined by an over-arching sense of political correctness.

This year, the organisers have again opted to go without a host, and we’re tipping another listless, lacklustre affair. A host brings a sense of cohesion, identity and clarity to the Oscars, and gives the event its defining characteristic. A mere mention of past hosts (David Letterman, Ellen De Generes, Jimmy Kimmel, Seth MacFarlane, Hugh Jackman, Chris Rock, Steve Martin, James Franco & Anne Hathaway, Alec Baldwin & Steve Martin, Neil Patrick Harris) will spark instant memories, be they bad or good. Some of those hosts were truly awful (Mr. Letterman, we’re looking right at you), most were solid if not extraordinary (our Hugh, Jimmy Kimmel), others were profoundly underrated (Seth MacFarlane and Chris Rock were hilarious), and some created truly unforgettable moments (Ellen’s fame-overload selfie and pizza delivery bit were gold). Whether a warming smile or the taste of vomit at the back of your throat, they all at least provoke a response…except for Neil Patrick Harris, who nobody likely remembers. 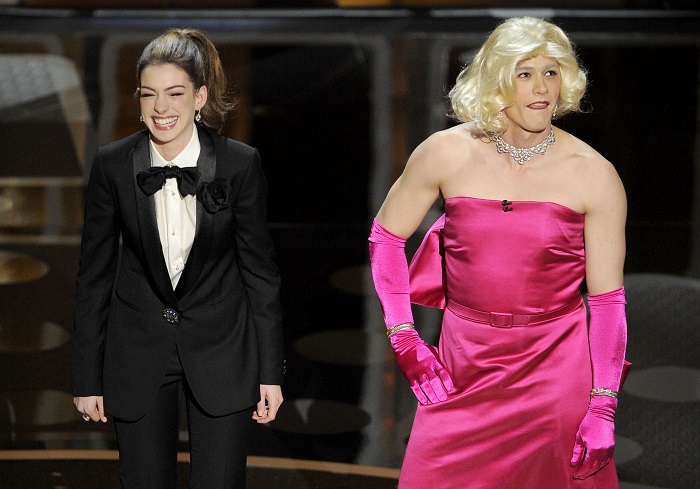 Anne Hathaway and James Franco during the 83rd Academy Awards.

With no host, it’s hard to differentiate one ceremony from the next. It’s all on the individual presenters to make the ceremony entertaining, and with so little time up their sleeves (a few minutes at best), working up a brief-but-funny bit is a tough ask indeed. Hopefully, there will be enough mirth in the acceptance speeches to keep the ceremonial ball rolling. That’s always possible, but the Oscars – a party held by the movie industry for the movie industry – is a notoriously self-important affair, and just about everybody seems to get hobbled by the hubris. This is indeed an event that happens very much within the Hollywood bubble, so you know that the jokes will never cut too deep. They might draw a little blood, but they’ll never cause major hemorrhaging.

And speaking of jokes prompting serious injury, could the Oscar organisers’ decision to again go hostless have anything to do with Ricky Gervais’ extraordinary efforts at the recent Golden Globes Awards? Unlike the Oscars, The Golden Globes are an “outsider event”, staged by The Hollywood Foreign Press Association, a group of international journalists who live in LA but file for overseas publications. This sense of remove allows them to engage a host like Ricky Gervais (who creates his own material, well outside of Hollywood), whose gut-bustingly brutal attacks on the mind-boggling hypocrisy of the American movie industry and its purveyors (who he gleefully reminded of their friendships with creeps like Harvey Weinstein and Jeffrey Epstein) would never be allowed at the Oscars.

Any host that the Oscars would have chosen this year would have had to wither in the very, very dark and unforgiving shadow of Ricky Gervais, whose allegedly last ever Globes hosting gig was a princely triumph. Unlike Gervais, any host chosen for the Oscars would likely have had to depend on work from too many people in the room to really skewer them, and would have appeared piss-weak and bloodless as a result.

With the hilarious but considerably less lethal Amy Poehler and Tina Fey already installed as hosts of The Golden Globes in 2021, hopefully the Oscars organisers will be ready to go with a host next year. They’ll no longer be running scared from Ricky Gervais, and that might free them up to go out on a limb and not only go with a host again, but to pick one who might be willing to really stir the pot. After all, there are some amazing talents that they could call on. How about Tiffany Haddish? Amy Schumer? Phoebe Waller-Bridge? Now that would be an Oscars ceremony that people would at least remember…

The 92nd Academy Awards will be held on Monday February 10 at noon AEDT. For the first time, the ceremony will be broadcast by The Seven Network, so expect heaps of ads for My Kitchen Rules. 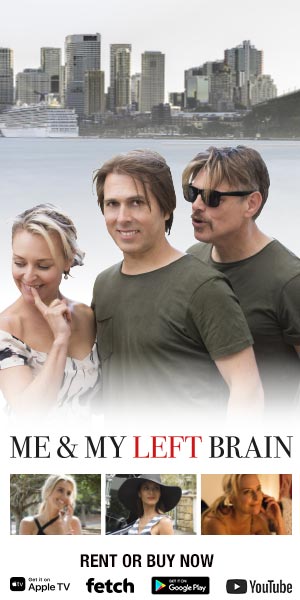