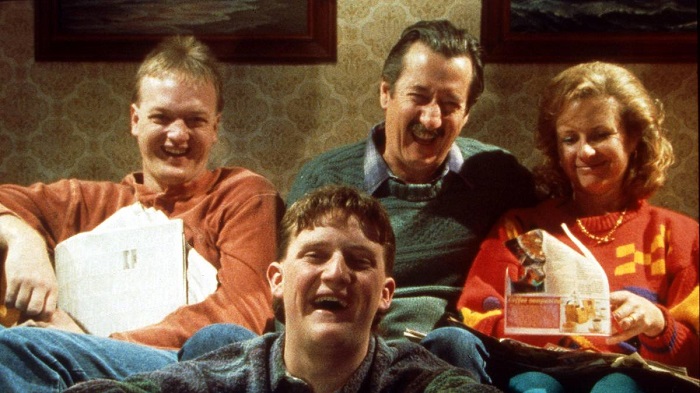 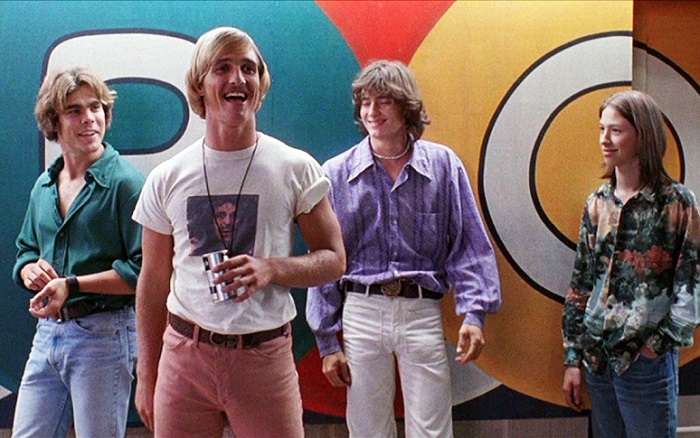 In the pantheon of teen flicks, Richard Linklater’s Dazed And Confused sits along a select few others (Fast Times At Ridgemont High, Rebel Without A Cause, The Breakfast Club, River’s Edge) as one of the true greats of the genre. Set in the heady days of the mid-seventies, Linklater ropes in an abundance of brilliant characters (played by the likes of Matthew McConaughey, Parker Posey, Ben Affleck, Jason London, Cole Hauser, Joey Lauren Adams, Adam Goldberg and many more) and lets them loose in an American Graffiti-style rambling plot that takes in a night of cruising and a massive beer bust. It’s funny, honest, period-perfect and an absolute blast from start to finish. At a sad, sad time when the practice of simply hanging out has almost been banned, popping on Dazed And Confused is like catching up with a crew of your best loved pals. “It was supposed to be an anti-nostalgic movie,” Richard Linklater told The Guardian. “But it’s like trying to make an anti-war movie – just by depicting it, you make it look fun.” See also: The Breakfast Club (1985). 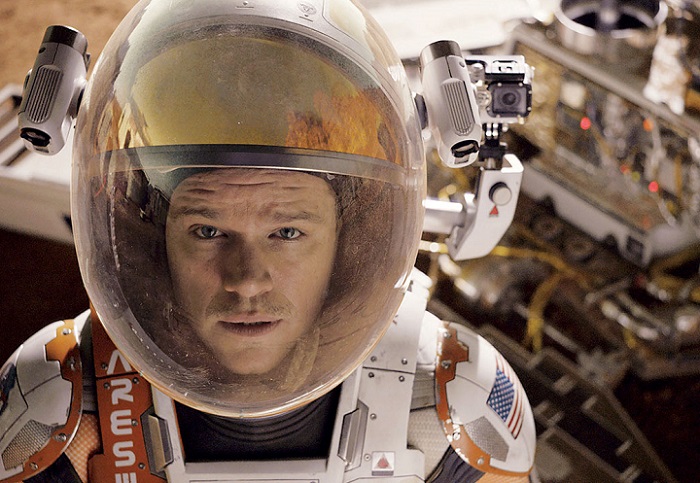 Yes, Ridley Scott’s blockbuster kicks off with Matt Damon’s astronaut trapped alone on the inhospitable red planet of Mars, but it ends with an undeniable rush of warm, positive energy. Throughout the entire film, Damon’s Mark Watney maintains an overwhelming sense of positivity, while his ingenuity and tenacity (“I’m gonna have to science the shit out of this,” Watney unforgettably says in response to his predicament) are an absolute tonic and source of inspiration. Meanwhile, back on earth, the efforts of his crew to rescue him are equally heartwarming. To really kick home the feel-good vibe, The O’Jays’ “Love Train” plays over the finale. “The film is about how no one is ever alone,” Ridley Scott said upon The Martian’s release. “When you see an earthquake in Nepal and people coming to help, you realise that. When you see any tragedy around the world and all the efforts to do something, you realise that. That’s what the movie is about.” 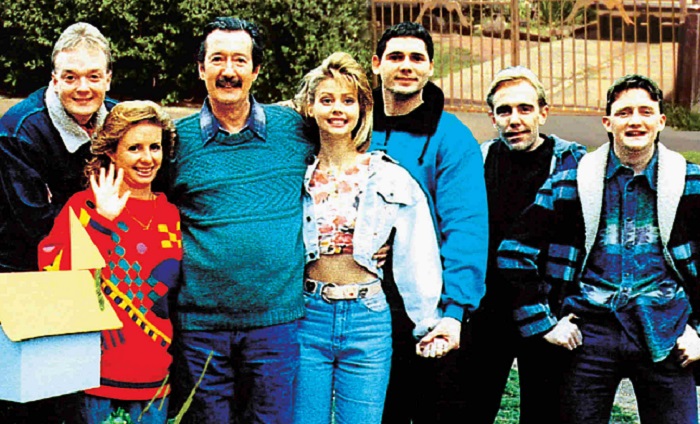 “Tell ‘em they’re dreamin’.” They’re amongst the most famous words ever spoken in Australian cinema, and they’re mouthed by one of the most endearing, entertaining, admirable and utterly loveable characters in the history of local popular culture. Like an Aussie (and considerably funnier) version of To Kill A Mockingbird’s Atticus Finch, The Castle’s Darryl Kerrigan (the brilliant Michael Caton) goes to court to fight for a cause that he believes in. He’s all about self-determination, decency and getting a fair go. In other words, he embodies what are commonly held to be typical Aussie values in a less obvious but far more meaningful way than even such monolithic icons as Crocodile Dundee and Steve Irwin. When the government tries to “compulsorily acquire” his beloved home – which sits right next to an ear-splitting airport – to make way for runway extensions, Darryl Kerrigan doesn’t take it lying down. Like a local Jimmy Stewart in a down under take on a Frank Capra flick, he goes all the way to The Supreme Court and fights tooth and nail to prove that a man’s home is, indeed, his castle, and that nobody should be able to take it away. The fact that resolute underdog Darryl Kerrigan ends up winning the day makes this a true Aussie feel-good classic. See also: Muriel’s Wedding (1994).

With its sharply defined leads (Tom Hanks’ Woody the cowboy and Tim Allen’s space adventurer Buzz Lightyear); richly textured, computer animated world; sharp, incisive plotting; witty dialogue; and cast full of great comedy relief, the Toy Story series remains the true gold stamp in 3D animation. And while they have also inspired their fair share of tears and anguish, the four Toy Story features (along with a collection of equally masterful mid-length short films and snappy toons) are literally untouchable in the field of feel-good films. The antics of the characters will make you laugh, but the loyalty and love that these toys have for each other will really make your heart swell. “Here’s the thing about those geniuses at Pixar and everybody who has ever been involved in any of the Toy Story things: they invented something there,” Tom Hanks told the BBC. “It is a very, very, very special collection of movies that hits each one of us in a completely individual way.” See also: Finding Nemo (2003). 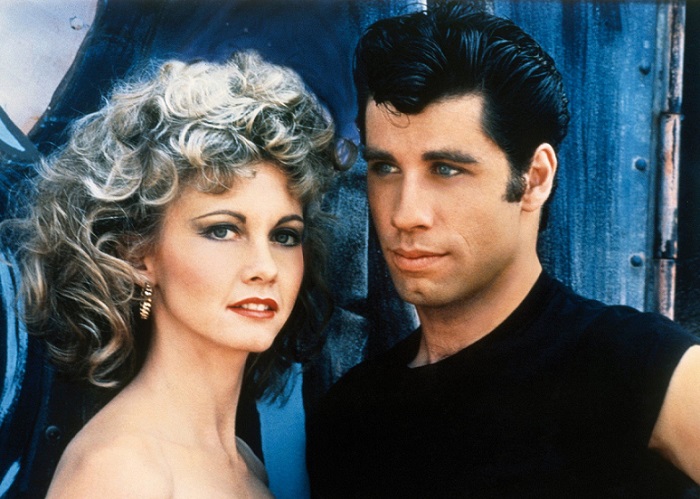 The constantly relevant and much loved Grease is a bona fide kitsch classic, as famous for its sugary, addictive songs as it is for the atomic chemistry that burned between leads John Travolta and Olivia Newton-John. The film is also a strange anomaly; though made in the funky, freewheeling seventies, it espouses the moral rigour of the fifties, and stands as a sunny, engaging romp, full of drag racing, teen gangs and gleaming romance. For many, this is a childhood touchstone, a movie that your parents took you to, and that you then watched with rampant glee every time it was on TV. It’s joyously nostalgic, and instantly sparks up feelings about what now seem like safer, happier times. In terms of feel-good flicks, Grease truly is the word. “The two hours the audience gives you should be an uplifting journey,” Grease director Randal Kleiser once said. “My payoff is when the audience comes out talking, obviously happy and feeling better after a tough day.” See also: Singin’ In The Rain (1952), Mary Poppins (1964), Hairspray (2007). 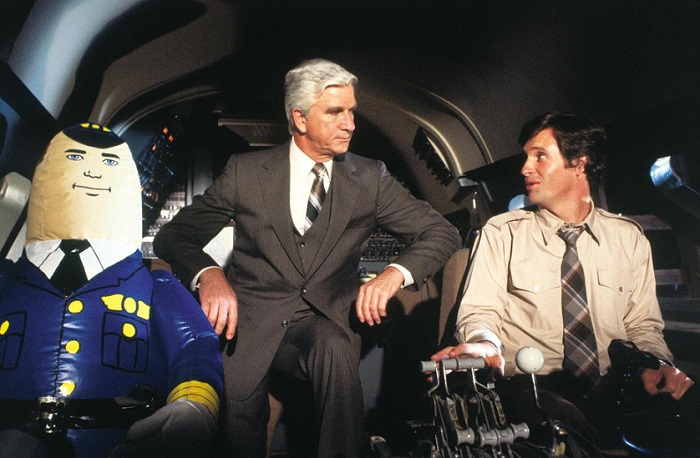 If laughter is the best medicine, then we could all do with a massive dose of Flying High right now. Cribbed from a 1957 B-movie called Zero Hour, 1980’s Airplane! (which was, of course, retitled Flying High for its Australian release) is an uproarious send-up of disaster movies and in particular the famous Airport series of films from the 1970s. Directed by the then-largely-unknown comedic triumvirate David Zucker, Jerry Zucker and Jim Abrahams (The Kentucky Fried Movie), the ingeniously scripted Flying High has more jokes-that-land per minute than pretty much any other film ever made, and the fact that it’s all played straight by a team of serious actors (Robert Stack, Peter Graves, Lloyd Bridges et al) makes it even funnier. “That kind of self-effacing humor is endearing, and as we reflect on Airplane! and the fact that it’s lived so long, I think that’s part of the reason why: it’s not really mean-spirited, it’s actually sort of sweet,” says David Zucker in The AV Club’s extraordinary oral history on the film. See also: Flying High II: The Sequel (1982), Top Secret (1984). 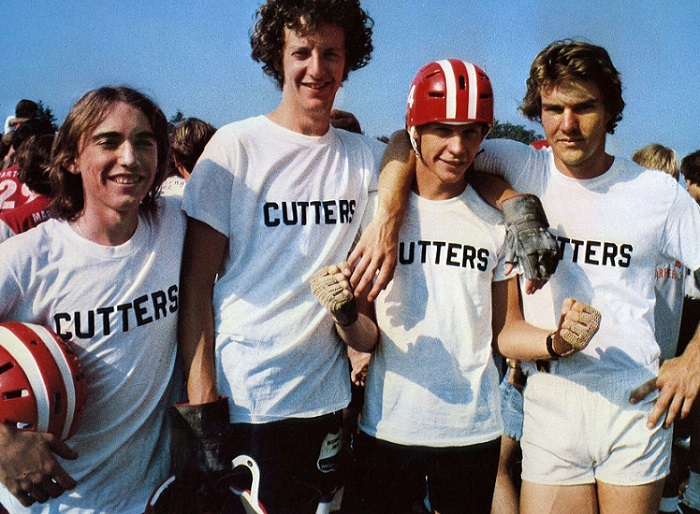 Picking up an Oscar for Best Original Screenplay, 1979’s Breaking Away is a perfect distillation of the sports movie, while also being much more than that. Set in a small college town, director Peter Yates’ (Bullitt, The Friends Of Eddie Coyle) masterful low key comedy centres on four friends from the wrong side of town (Dennis Christopher, Dennis Quaid, Daniel Stern, Jackie Earle Haley) who battle against the college kids’ snobbery, and the grinding boredom of small town life. The four get a sense of renewed passion when they enter a life-changing cycling race at the urging of Dennis Christopher’s Dave, who is comically obsessed with the famed Italian cycling team. Touching, funny, honest and filled with loveable characters, Breaking Away is a classic underdog tale, and will have you weeping tears of joy during its uplifting finale. “This was just a small story, and you’d never think it would have such wide appeal,” Dennis Christopher told Entertainment Weekly in 2012. “But when you make something that clean and pure of purpose and with that much heart, it seems like the audience is hungry for that kind of film experience. You take that kind of honesty and couple it with the action that we had in the racing scenes – you can’t beat it.” See also: Rocky (1976), The Rookie (2002), Cool Runnings (1993), Remember The Titans (2000).

The smash hit feel-good French film, The Intouchables, tells the true story of the burgeoning friendship between an old, aristocratic invalid (Francois Cluzet), and his young, impoverished caretaker (Omar Sy). It sounds like the kind of film that, at some point, is destined to travel down one of two paths, descending either into a lecture on the class differences between certain socioeconomic groups, or a comparison between the relative hardships of near-poverty and living with a severe disability. And therein lays the excellence of this film. Not only does it avoid both topics and, in so doing, keeps itself from becoming overly melodramatic, it actually subverts audience expectations by persistently looking, as those Monty Python boys suggested, on the bright side of life. “It’s such a huge thing,” co-director Olivier Nakache told DIY Mag of his film’s success. “This story has touched people all around the world. We thought that we wrote something typically French, but it’s universal. We saw people with disabilities in Japan or Bosnia or the US and they came to see us and say thank you. We are very proud of this.” Jonathon Natsis 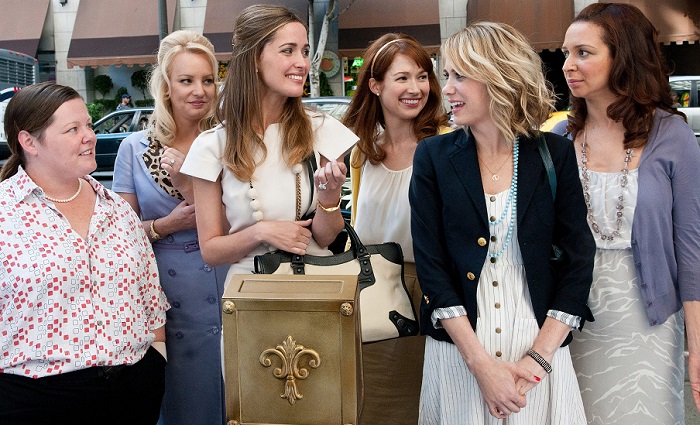 In this breakout comedy smash, Saturday Night Live alum Kristen Wiig stars (and co-writes) as single thirty-something Annie, whose life is stuck in limbo. She’s playing sex buddy to a sleazy non-committal co-worker (a scene-stealing Jon Hamm) and barely hanging on to her dead-end job at a jewellery store. When her recently engaged best pal, Lillian (the always terrific Maya Rudolph, whose real life friendship with Wiig translates wonderfully on screen), asks her to be Maid Of Honour, Annie finds herself having to face off against snooty rich girl and fellow bridesmaid, Helen (Rose Byrne in a pitch-perfect comedic performance). An estrogen-heavy gut-buster that proved to any idiot thinking otherwise that women can, indeed, be very, very, very funny, Bridesmaids was a major hit, and still sits pretty as a true crowd-pleaser, mixing raunchy humour with genuine sweetness. “This film is a great dissection of female relationships and status and dynamic and all those sorts of things, but it’s also very funny,” Rose Byrne told FilmInk on the film’s release. See also: The Hangover (2009), Knocked Up (2007), Trainwreck (2015). 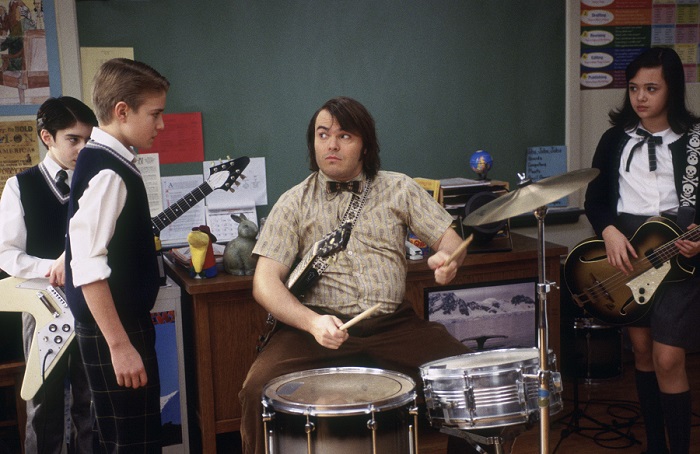 Richard Linklater’s comedy about a fifth-grade class of upscale elementary prep students under the auspices of a fraudulent sub teacher who changes the shy kids into little rockers will have you tapping your toes and pumping your fists with glee. In a role that fits like a studded, black leather glove, Jack Black brings abundant warmth and energy to his character of Dewey Finn, who starts out as a shiftless slacker but ends the film as a passionate, caring true teacher, who brings the world of rock music alive for his young charges, and inspires them in ways that he could never have imagined. The film’s final concert sequence is an utter feel-good joy to behold. “We wanted to make a really great crowd pleaser,” Jack Black told IGN. “It’s not, you know…it’s no art film!” See also: A Hard Day’s Night (1964), The Bad News Bears (1976), Almost Famous (2000).

If you liked this story, check out our features “The Full Corona: Non-Escapist Home Viewing” and “All By Myself: Films About Isolation”. 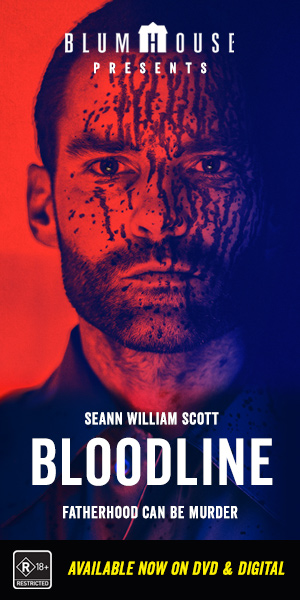