There have been countless shoot outs, card games, theme songs and love interests along the way – and if current stats are anything to go by, there’ll be plenty more to come.

A global franchise worth up to $5 billion

Author Ian Fleming penned twelve Bond novels in total (plus two short story collections): certainly a good chunk of material. The film franchise has long since diverted from the Fleming literary canon, however, with recent releases like Skyfall even killing off key major characters – if only for a little while. It seems the Fleming estate is determined to keep the black tie, high stakes world of British subterfuge alive and on screen for as long as possible – Casino Royale took Bond out of the cold war and into the modern day and he’s here to stay.

And it’s easy to see why. The global Bond franchise is worth up to an estimated $5 billion according to some, with the latest film Spectre totalling over $880 million alone at the box office. Add to that the novels themselves, the recent ‘teen Bond’ young adult novel series, the merchandise, the sponsorships and the general cultural hysteria around the man, and there are big profits to be had across the board for everyone involved. 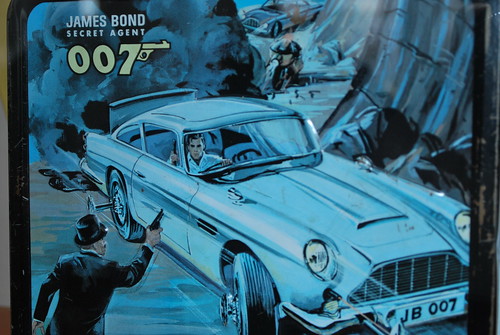 To date, we’ve had Bond video games of various titles since 1992. We’ve had Bond lunchboxes and posters, Bond-themed parties. If you pick up a jackpot bonus at almost any one of a variety of online platforms, you’re sure to find a spy-themed slot – if not, the live poker and tables are the closest we mere mortals get to filling Bond’s shoes. You name it, it exists in Bond format: the character has made his stamp on western psychology forever, competing with fellow top dogs Harry Potter, Marvel, the Lord of the Rings. What is perhaps more interesting, is where Bond might go next.

Actor Daniel Craig’s films have dealt with everything from terrorism to privacy to oil barons to cybercrime – a far cry from the goofy, sexy world of Roger Moore or Timothy Dalton. Bond is contemporary. He’s up to date, immortal, timeless. And it seems safe to assume he’ll stay that way in the coming years.

Into the Future: the Next Bond

There’s also the matter of his actor. Daniel Craig has been reported to retire multiple times over the years, alas, with no success. Rumours and gossip abound, citing men like Idris Elba, or recent star – see The Bodyguard – Richard Madden as potential replacements. One thing’s for certain: Craig isn’t getting any younger and AAA action movie stunts aren’t getting any easier.

Whoever eventually lands the role certainly won’t have an easy time of it, and the franchise as a whole will face a familiar challenge: adapting to a new face, a new cast and a scrupulous audience. Doctor Who can perhaps relate.