You’ll likely never see anything quite like it again.

The straight-to-the-point plotline of the documentary, Kelly’s Hollywood – in which a young man helps his sister with Down Syndrome taste a little of the fame and adulation that she yearns for – suggests a feel-good charmer with heart and warmth to burn. And while this doco certainly has that in spades, it also offers much, much more, along with a number of thematic detours that hit with an unexpected wallop. The fact that the film is directed by the young man in question, Brian Donovan, affords an extraordinary level of intimacy; indeed, the film is so personal, and its connection to its subject so deep, that you occasionally question whether you should actually have the right to be allowed into its very singular world. The powerful emotions provoked by this generous invitation, however, are nothing short of staggering.

A jobbing actor from the sleepy surrounds of Buffalo, New York, Brian Donovan would eventually find fame via voicing every kid’s favourite taijutsu hero, Rock Lee, in the popular anime series, Naruto, as well as playing the character of Davis in the equally popular hit, Digimon. Before getting there, he appeared in a host of small film and TV roles while grinding out an on-screen living in Los Angeles. With him every step on his journey to fame was his younger sister, Kelly, who was born with Down Syndrome. She too dreams of being in the spotlight, and Brian helps her get there by staging Kelly’s own starring vehicle at a Hollywood theatre.

The extraordinary relationship shared by Brian and Kelly, however, is not all sunshine and flowers. Utterly co-dependent (a fact that Brian fully acknowledges and is totally aware of), their iron-strong bond works to the exclusion of his romantic partners, with Brian’s ex-girlfriends (some of whom are bravely and candidly interviewed) often left in Kelly’s dust. But when he meets charming Aussie writer and former Home And Away star, Tempany Deckert, Brian’s relationship with Kelly is really put to the test.

This is territory rarely glimpsed on screen before, as we see how difficult a relationship with a family member with special needs can be, and not in the usual ways. Kelly and Tempany almost battle in a romantic way for Brian’s attention, which is deeply troubling and utterly heartbreaking. Brian doesn’t deny being complicit in this fraught psychodrama either, copping to a major case of “hero complex and Peter Pan Syndrome.” Boundaries quickly crumble and blur at an alarming yet. Donovan’s bravery in putting this dilemma on screen is unquestionable and admirable, as is his refusal to shy away from his sister’s romantic needs. Kelly develops intense fantasy fixations (which Brian fully indulges) on a variety of unattainable men, from David Hasselhoff, The Bee Gees’ Robin Gibb and Colin Firth through to a number of supervisors at her workplace. It’s often uncomfortable to watch, but Donovan wants to depict his sister in her entirety, and this is a vital aspect of her personality, as is her constant attention-seeking and keen facility for manipulation. She’s an amazing and loveable person, but Donovan doesn’t take the easy canonisation route, and the film is all the richer for that.

Kelly’s Hollywood, however, is still a feel-good, three-hanky weepy of the first order. Brian and Kelly Donovan are truly fascinating and incredibly likeable people, and their unconventional relationship is the stuff of great cinema. You’ll likely never see anything quite like it again.

Kelly’s Hollywood is screening April 16 in Brisbane and April 19 in Byron Bay, with each screening followed by a Q&A with Brian Donovan. The film is also available for you to host your own screening through Demand.Film. 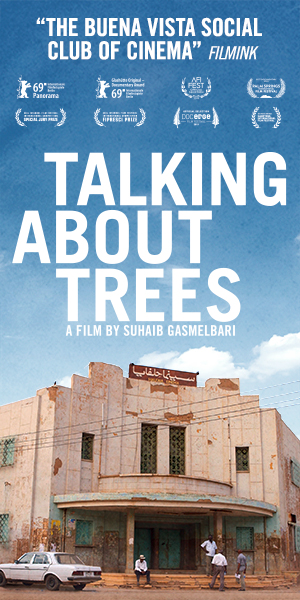