“I love the whole thing. Like any actor, I love being the centre of attention,” Lauren Esposito tells us candidly on Zoom from Los Angeles.

The young actress, who attended primary school in Adelaide before settling with her family in Melbourne, truly skyrocketed after snaring a supporting role in The Conjuring 2. 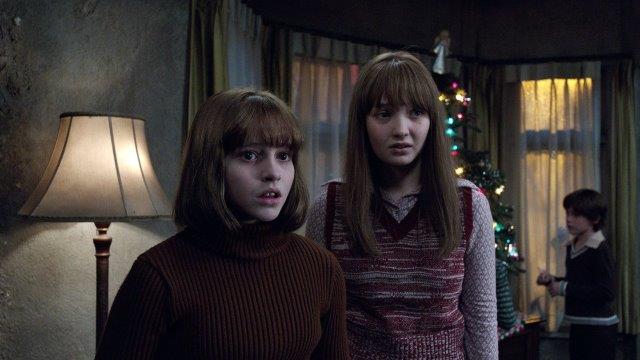 With Madison Wolfe in The Conjuring 2

“Originally, I was a singer, I always thought I was going to be a singer,” she says. “I grew up in the Australian Girls Choir since I was like five years old. When I was 11 years old, I went around Europe and Asia with the Choir. When I was about 12, I got into musical theatre. I booked a bunch of lead roles in musical theatre shows around Adelaide. And then, when we moved to Melbourne, for some reason I just didn’t do musical theatre anymore. I went straight into film acting. And I found my manager, who’s still my manager to this day. I got super lucky, and she signed me with no credits. She put me forward for a bunch of roles. And then I went to LA for these workshops when I was 17. Then I met my first US manager, and then he started putting me forward for a bunch of things, and that’s how I booked The Conjuring 2.”

It was during this visit to LA that Lauren met Leigh Joel Scott, her co-star in The Legend of the Five, and one of the film’s many highlights. Incidentally, Lauren is credited as co-producer on the film, and her mum Tanya Esposito is Executive Producer, making this charming Aussie film a bit of a family affair.

With Nicholas Andrianakos, Deborah An, Leigh Joel Scott and Gabi Sproule in The Legend of the Five

Furthering the family connection on The Legend of the Five is Producer Jesse Ahern and his mum Joanne Samuel, making her directorial debut after nearly 50 years of acting experience, including, and most notably as Jessie, Max’s ill-fated wife in Mad Max.

“Jo is a beautiful lady and an awesome director,” Lauren says. “What I really loved about her is that she was very much an actor’s director. Because she’s an actor as well, which helped, but she really, really cared about us, all the actors, all the cast, and really made an effort with every single one of us, which I thought was just honestly the best, because that’s all we could’ve asked for. Having directors that don’t really give us any room to move, or don’t give us any direction at all, that happens sometimes. But with Jo, she really let us be free with our characters, and let us explore it. And she was just awesome.”

With Daniel Needs and Peyton List in Swimming for Gold

Later this year, Lauren will appear in a supporting role in Swimming for Gold, opposite US import Peyton List. “That was very fun too, I was like the little bitch in that movie,” she laughs. “I’d never played a mean girl before, which is funny because after I filmed Swimming for Gold I was booked on a Lifetime movie in the US as one of the mean girls. I don’t know, maybe I have a mean streak?!”

Not according to us, especially when she continues with her memories of shooting The Legend of the Five 2 years ago.

“Honestly, our crew on The Five are phenomenal. They took care of all of us so well. We were shooting on location [The Blue Mountains] the whole time, so we weren’t in the studio, there were days where it would be pissing down with rain, or super, super cold, and where I’m in a crop top and skinny jeans, so conditions were rough sometimes. And. non-stop running! We ran so much. At least every day there was a scene where we just had to run for like an hour and a half straight!

“When we filmed The Conjuring 2, half of it was here in LA and the other half was in England, so I did freeze my arse off in England too. But indie films and studio films are very different, I think they both have their unique special features.”

As to the future, Lauren hopes to make at least one Australian film every year, and has plans for collaborating with her mum on another film soon. In the meantime, she’s putting down self-tapes in the US, and in between acting gigs works as a personal trailer at an Australian-owned US-based gym.

“Yeah, it’s a cool little community that we’ve got here,” she ends before telling us about the kind of role she hopes to nab soon. “I mean, I would love to do an action film and just fire things and run around.”

The Legend of the Five is available on Digital now 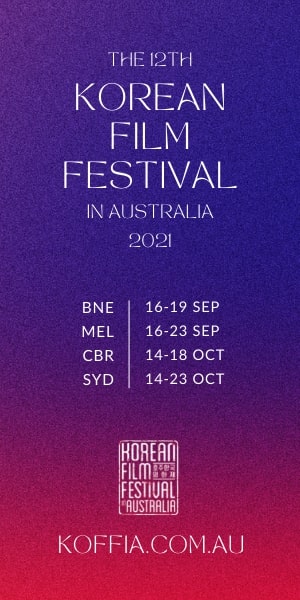