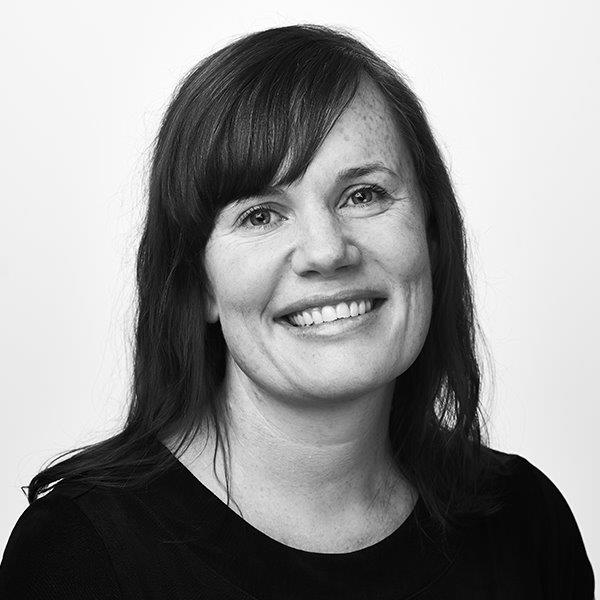 Having executive produced two films in her previous role at Feracious Entertainment, which both premiered at Sundance this year (The Sound of Silence, Before You Know It), Film Victoria Production Investment Manager Alicia Brown, is well across the trends of the global film and TV marketplace.

At a time when the international market is in a state of flux, and more wide-open and hungrier than ever for diverse content, much of the debate amongst industry figures centres on how to produce globally resonating stories which can cut through and effectively reach audiences.

The recent market fluidity and increase in opportunities comes at a moment of change, when international buyers and outlets are entering the market, eager for content – including Netflix (Tidelands, upcoming Victoria-shot series Clickbait), Disney+ (which launched last week in Australia), Apple TV+ (the upcoming Docklands-filmed drama series Shantaram) and Hulu (The Other Guy, which streams on Stan in Australia) – creating a flood of differing and new outlets for producers and creators. More competitors are on the way to Australia – (HBO Max, NBCU’s Peacock).

To get a closer understanding of how these changing winds are impacting the film and TV landscape, we spoke with Brown about the challenges and opportunities for feature film producers, why practitioners need to be innovative to succeed globally; and what Film Victoria is looking for from producers and filmmakers. 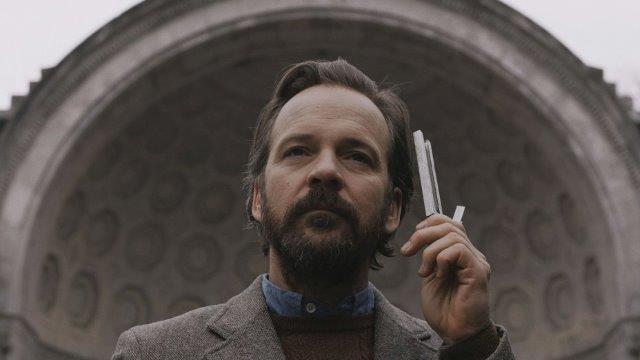 The Sound of Silence

Prior to commencing your role at Film Victoria as Production Executive, you were a producer at Feracious Entertainment where you executive produced The Sound of Silence and Before You Know It, which both screened at Sundance 2019. A third Feracious project, the Australian film Buoyancy, premiered at Berlinale 2019. Can you tell us about their journeys to debuting at Sundance and Berlinale?

Feracious is a company out of San Francisco that raises film finance every year. We were involved in co-financing those three films, which was particularly interesting with Buoyancy, because we had to make American private investment work with Australian money and funding systems. That’s quite a tricky thing to do. Feracious came on board as co-financier at the last draft stage of Buoyancy.

The two films that went to Sundance, they’d been through all the labs at Sundance and all those support programs. It was a hope that they would get into Sundance [Film Festival]. We were co-financier with Anonymous Content on The Sound of Silence and Washington Street Films on Before You Know It. The Sundance selectors were aware of them and had followed them through their development path. I think the really interesting thing about those films in comparison to Australian films from first time directors at that sort of budget level is those Sundance labs really short circuit a lot of the relationships first-time directors need in order to have a successful first film. Actor Judith Light (Transparent, Ugly Betty) was in Before You Know It, but she was brought in for the directing workshop to do scenes with that team. So that’s where that relationship started bubbling away. And it grew from there.

I think that’s a really interesting model, particularly when it comes to cast, about how we can actually give first time directors a chance to develop a relationship with that level of cast. So then, they’re confident working together on their first film. I think that’s the interesting point about those films is all those creative elements that really made them sellable. The elements were stacked around them by those labs and those support systems before they went into production, which is really great.

Buoyancy had a more traditional route, being an Australian film with no stars, by a first-time director. Can you tell us about its path to screening at Berlinale 2019?

We co-financed and executive produced Buoyancy with producers Rita Walsh, Kristina Ceyton, Sam Jennings and Rodd Rathjen (Buoyancy writer-director). Rodd’s short film (Tau Seru) had premiered at Cannes. And Buoyancy was always going to be a Cannes or Berlin kind of film. I think the credit goes to Sam, Kristina, Rita and Rodd for making the film that they did. And then liaising with those festivals and making the call not to wait from Cannes but to go with Berlin. Because that was a really strong premiere. It went really well.

The film’s been going really well around the world, it’s making such a social impact. The conversations it is starting are amazing. And I’m really hoping that that Rodd takes out the AACTA award, we’ll cheer him on for that. From Feracious’s point of view, they’re the kind of elevated genre films that we want to be involved with, because they are so authentic, and they have something really powerful to say. They sit in a genre space which makes them accessible for the audience. Buoyancy is a dialogue-free thriller. You’re constantly thinking, “is he going to get off that boat?” “What happens if he does get off that boat?” But it has such a powerful story wrapped up in that. I think that’s why those films have performed so well.

As a film producer, how do you assess the market for theatrical films for Australian producers?

I think the market is contracting, everybody knows that. I think policy-wise, we have a long way to go to catch up to where the industry is at. I think the streaming services can in some cases offer a licensing deal with more money than might ever be made by some films at the box office. And I think that we have to get on board with that and figure out a way that’s going to work. And that’s going to require policy change at the top level. I think that theatrical is contracting, but there’s a similar opportunity opening up among the streaming services, and it comes down to a bit of a cultural shift for the creators about not having a theatrical release perhaps, but then also understanding that that’s where they’ll get the most eyeballs, more people will see their film that way, and they’ll possibly get a better price for it than at the box office.

There was a record six Australian films at Sundance this year (Animals, I Am Mother, Judy and Punch, Little Monsters, Top End Wedding and The Nightingale). Babyteeth (feature debut of director Shannon Murphy) was warmly received at its premiere at Venice earlier this year. What are your thoughts on breakthrough films like Judy and Punch and Babyteeth and what they’re doing to breakout to international audiences?

I think Babyteeth is a really interesting example because it was a theatre production so it was an adaptation. I think the writing culture in the theatre is so much more intense and so much more honed and much more developed than sometimes we get to in the screen. So, films that are adaptations often really benefit from that, they’ve had two whole sets of heads around the writing process, and I think that Babyteeth has broken through because of that. It’s as simple as, it’s an incredibly powerful script. Well-developed and well-directed, but really a lot of effort went into the writing. 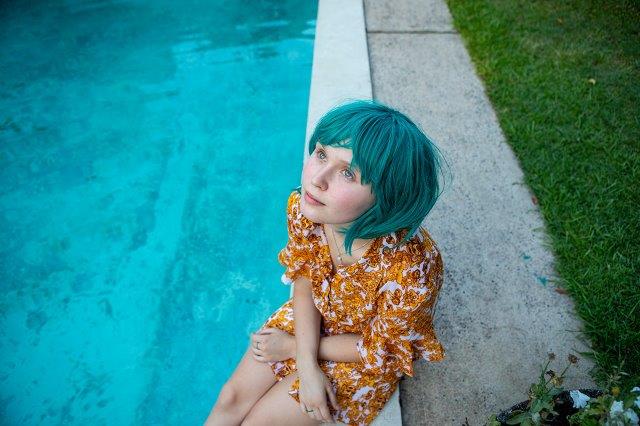 There are many challenges facing Australian practitioners. Do you think there needs to be alterations to funding procedures to keep up with the current demands of the marketplace?

I think what’s happening at the moment is that obviously TV and streaming is seen as a bit of a goldmine and there’s more content required than can be filled, and there’s a huge opportunity there. But I think that on the flipside of that, up until this point, with Australian productions, we haven’t seen a lot of those big streamers working with independent producers. Clickbait isn’t being made by an independent producer. That’s Tony Ayres’ production company with Heyday Productions. Heyday have got links to Matchbox who then go to NBCU who are then making the content for Netflix. So, there’s a whole kind of hierarchy and a whole string of relationships there that I think we should really look at and say, what does that tell us about getting a commission from those streamers? I think what that tells me is that those relationships need to be in place, at least at the moment. I’m even thinking, do we need to look at being production services for those big productions to develop those relationships, and then those producers can directly pitch to those networks themselves. But I think that’s also a big cultural shift for our producers. We see ourselves as creative producers. I don’t know if that’s the right idea. But I’m trying to figure out how we can access those opportunities in the current landscape.

What do you think are the biggest creative challenges for local feature producers and filmmakers?

The biggest challenges I think are being able to afford enough time in development to get the script to where it needs to be. Producers notoriously do not get any development fees or very, very little. You can’t live off those or sustain a business off those. So, there’s often a rush to production because that’s when the payday is. I think that’s really challenging in terms of the market and the financial side of things driving the creative and sometimes those things don’t do each other any favours. So, development time and development limitations. And I also think the marketplace is still a huge challenge, you need a distributor on board. You need a sales agent on board in order to finance a film and they’re really hard to get. And the price they’re paying for stuff is continually contracting. They’re age old problems, but I think they’re still the most pertinent challenges facing producers. As well as the policy which prevents feature producers from accessing streaming services or selling to streaming services in a first window.

Where do you think the Australian feature industry will be in five years?

In five years’ time, I hope our policy is caught up to where we are and maybe that we’ve got a really vibrant feature film industry thriving again on the basis of distributing it where the eyes are. I think that the current trends will continue – theatrical will be more for tentpole movies, studio movies, those kind of big, cinematic action kind of flicks. The other sort of stuff is going to have to find a new home where the audience is.

What are Film Victoria looking for from producers and filmmakers? 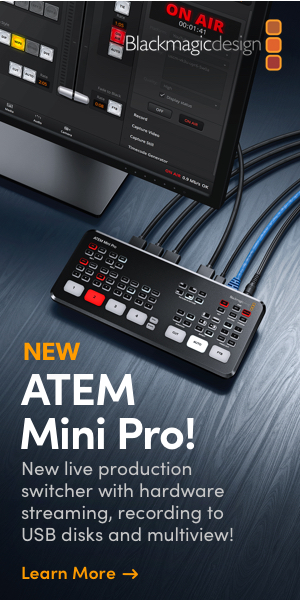