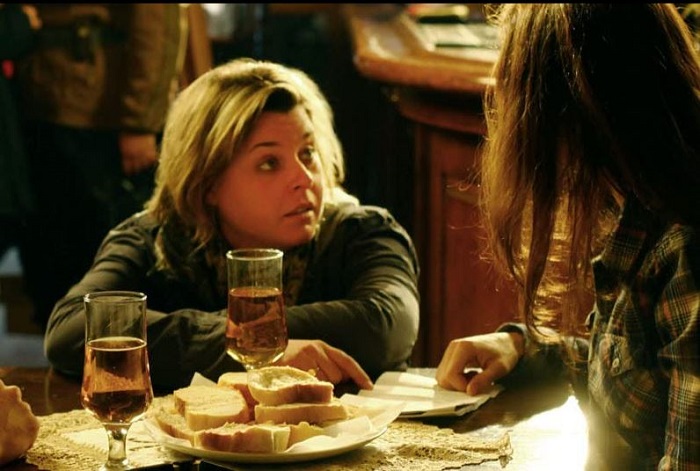 Can you really count a director as an Unsung Auteur if they only have one feature film to their credit? It might bend the boundaries of that oft debated term, but in the case of Larysa Kondracki, the answer has to be a simple yes. The reason being that her sole feature film, 2010’s The Whistleblower, is not only a work that reverberates profoundly with a distinctive author’s voice, but also because the film is without question one of the most underrated movies of the 2000s. The Whistleblower should have received Oscar nominations (at least a couple!), and it should now be held up as a brave, uncompromising and extraordinarily well made film that deals with difficult, bruising issues with transcendent intelligence and sensitivity. Instead, it’s a largely forgotten film that saw its obviously gifted director rewarded with plenty of work directing top-tier episodic television and one bold mini-series, rather than the raft of feature filmmaking opportunities that she so richly deserved.

Born in Toronto, Larysa Kondracki studied English literature and theatre at McGill University, and later completed an MFA in film directing at Columbia University. She made her filmmaking debut in 2009 with the seventeen-minute short, Viko. Set in 1997 in the former Yugoslavia, the film follows seventeen-year-old Viko (played by Luke Treadaway, who would go on to star in the popular UK drama A Street Cat Named Bob), who wants to flee his impoverished life for a new start in London, but instead ends up embroiled in a brutal sex trafficking ring. “I am a Ukrainian Canadian, and the issue of sex-trafficking was very much being discussed in my community,” Kondracki has said of her interest in the film’s dark subject matter. 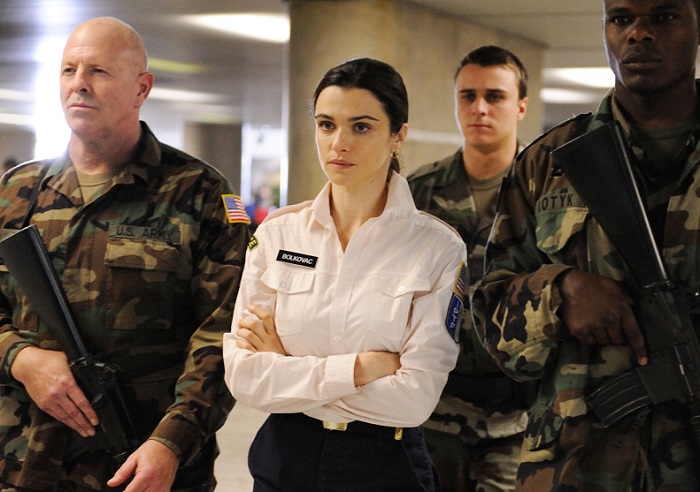 A scene from The Whistleblower.

It was this fascination that led to Kondracki’s debut feature film. Whilst reading Victor Malarek’s sex trafficking expose The Natashas, Kondracki was particularly struck by a brief passage in the book detailing the extraordinary true story of Kathryn Bolkovac, a disgruntled Nebraska cop who takes a job on a UN peacekeeping tour of war ravaged Bosnia, working for the major company DynCorp. In July 2001, Bolkovac filed a lawsuit in Great Britain against DynCorp for unfair dismissal after she reported that fellow DynCorp officers were paying for prostitutes, raping underage girls, and participating in sex trafficking. Kondracki reached out to Bolkovac, and with some financing from the Ukrainian-Canadian, they set out to develop a project based on the ex-cop’s experiences. Kondracki and her co-writer Eilis Kirwan “spent two years traveling all over Eastern Europe meeting everyone from high level diplomats to underground NGOs that were hiding, and really getting a sense of the world and writing the whole time.”

The resulting film is a powerhouse, with Rachel Weisz delivering one of her best performances to date as the morally centred but highly compromised ex-cop at the story’s centre. Idealistic and optimistic, Kathryn Bolkovac’s eyes are quickly opened to the ugliness that evolves in shattered nations when she arrives in Sarajevo. The true horrors, however, emerge later, as she discovers that opportunistic private security officers deployed by the US government – as well as UN peacekeepers – have become involved in the kidnapping and trafficking of young women, for both profit and their own repulsive sexual gratification.

A scene from The Whistleblower.

Never shying away from the story’s essential horrors (but never exploiting them either), The Whistleblower is a literal gut-punch of a film. The wild range of emotions that the film evokes (from white-hot rage to heartbreaking sadness) is stunning, while its aggressively feminist stance (in the aftermath of war, the sick sexual impulses of morally void men are given ample ground to flourish) is refreshing in its boldness. Working expertly in both the personal and political arenas, director Larysa Kondracki announced herself as a filmmaker of true grit with The Whistleblower, a movie that really matters, in every sense of the term.

But despite its tougher-than-tough subject matter (the isolation and persecution that Kathryn experiences is particularly tough to watch), The Whistleblower also functions beautifully as a white-knuckle espionage belter. “Ultimately, this is a thriller,” Kondracki told Women And Hollywood. “It’s a Robert Ludlum plot, really. Is she gonna get the girl? People can hear the words Bosnia and sex-trafficking, and that may sound tough, but this is a classic David and Goliath yarn…it’s a woman in the centre of a huge conspiracy. At the end of the day, it’s a great story about an ordinary woman who does an extraordinary thing. But this film is inspired by Kathryn Bolkovac, who did an extraordinary thing. It’s not just about a subject matter. She’s a great character.” 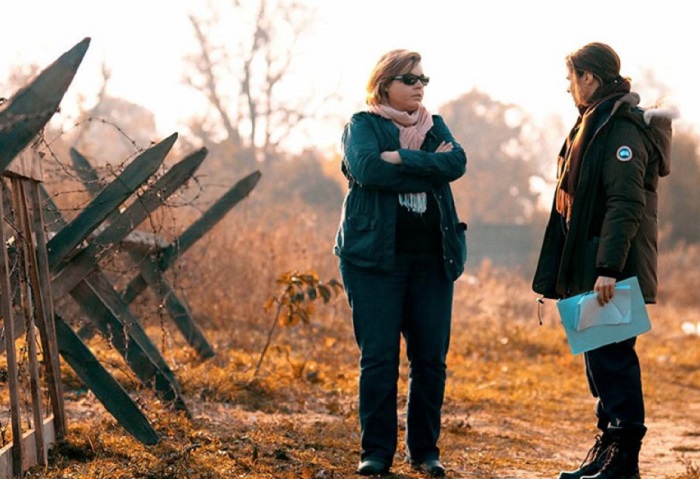 Larysa Kondracki on the set of The Whistleblower.

Whether it was the tough subject matter, or a lack of funding to campaign for awards attention, The Whistleblower didn’t make much of an impact at the box office, and while it received some nominations in Kondracki’s native Canada, international recognition was largely non-existent. The innate strength of the film, however, saw Kondracki lined up for a couple of follow-up films (a crime spree drama called Burning Rainbow Farm and a WW2-set “epic horror fantasy” called Borderland), but sadly, neither came to fruition. Instead, Kondracki moved into the world of episodic television, directing instalments of acclaimed series like The Walking Dead, Halt And Catch Fire, The Americans, Better Call Saul, Gotham, Power and Legion.

Larysa Kondracki was finally able to exercise her author’s voice a little more when she was tapped to direct the first three episodes of the television remake of the classic 1975 film Picnic At Hanging Rock. Though there was some contention in the press about an international director coming in to helm such a quintessentially Australian story, Kondracki’s outsider’s eye gives the material a highly unusual, distinctive perspective, as well as a very cinematic quality. “It’s like a six-hour movie, in a way,” the director told Collider. “We really didn’t lock until we locked all of the episodes at once.” 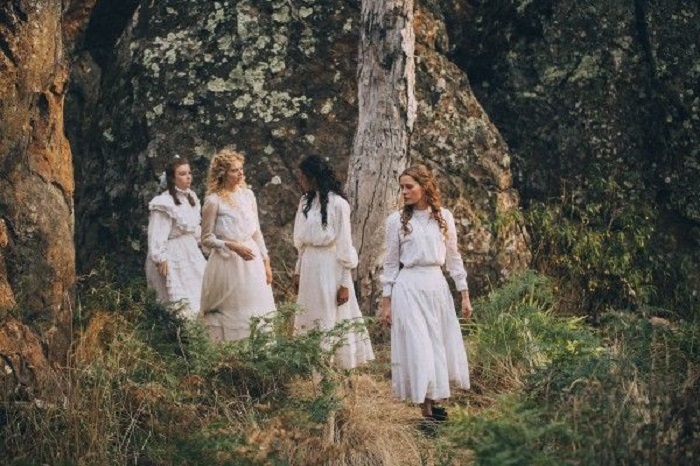 A scene from Picnic At Hanging Rock.

While promoting Picnic At Hanging Rock, Larysa Kondracki was asked about the possibility of her making a return to feature films. “I have a few films in development,” she told Collider. “I’ve been trying. The landscape is changing so much and so quickly. I actually really do love the mini-series space. It’s quite cool. A lot of times, with an indie film, you’re in and out so fast. With Picnic At Hanging Rock, I got the time to really play with it, and develop working relationships that are quite strong. I’ve tried to get a lot of movies going. It’s very tough. I tend to have a slightly more left of centre sensibility. What’s nice now, and hopefully there’s some momentum behind a couple of these projects, is that that’s what Picnic was. It’s a six-hour movie that’s a little left of centre, but we’ve made it commercially accessible. I’m hoping to do the same thing.”

If ever a director deserved to make a follow-up feature film to their debut, it’s Larysa Kondracki… 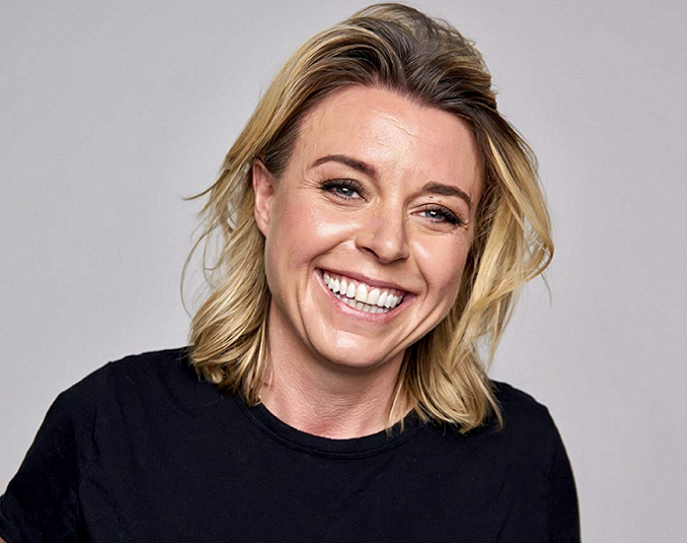