This is a great film by an important lone voice.

The title of British director Ken Loach’s fiftieth film is a kind of declaration on behalf of the oppressed against the state. It is part of the film’s accusation that the poor are being punished essentially for being poor. This is not a situation that any civilised society could be proud of, and yet it is the daily reality for those in poverty. Tellingly, the protagonist of this searing drama grafftis the wall of the labour exchange (aka Centrelink) to a round of spontaneous applause from the public.

But we are getting ahead of ourselves. First, more context: Ken Loach more or less came out of retirement (aged 79) to make this film, and he collaborated once again with his friend and screenwriter, Paul Laverty. Both Loach and Laverty have some legal background, and their films (which Carla’s Song, My Name Is Joe, Bread And Roses, Sweet Sixteen, Ae Fond Kiss, and The Wind That Shakes The Barley) have a sense of clear sighted logic that cuts right to the centre of the argument. Loach and Laverty are both committed socialists, and they are able to show that ordinary lives are enmeshed in unfair rules set up to keep the system from changing. All this could sound preachy, but the genius here is that these are engaging human stories first and foremost. That is why Loach has been invited to exhibit at The Cannes Film Festival a record number of times, and also why this latest indelible offering has just won the Palme D’Or.

Loach gets a sympathetic performance from Dave Jones as the eponymous lead. Daniel is 59. He is a widower and a carpenter, and he has worked all his life. At the beginning of the story, we learn that his doctors have advised him to give up work to recover from a heart attack. This would be fine if he could get temporary benefits from the state, but that is where the nightmare of forms and robotic bureaucrats’ refusals begins. In the dole office, he meets a younger single mum called Katie (Hayley Squires) who, along with her two young children, is trapped in the same nightmare. Daniel strikes up a friendship with them and goes on to help them in any way that he can. There is a lot more to this than the skeleton would suggest. It is an absorbing journey, and includes many scenes which are heart wrenching and shocking, and yet all too real.

As noted above, it is important to honour the humanist socialist politics that inform this art. But art it is, and that will probably teach us more than any theory could. This is a great film by an important lone voice. Be prepared to weep tears of sympathy and rage. 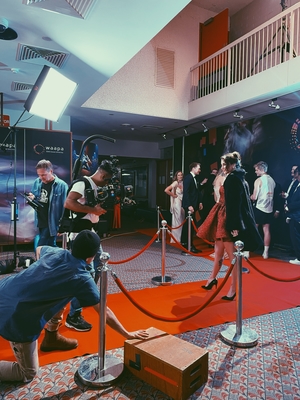