… very easy watching. It feels like classic European cinema with locations and food that will have you planning your next holiday… whenever that may be.

Made in Italy centres on Jack (Liam Neeson’s real life son, Micheál Richardson), introduced as a rather smug art curator who is abruptly told by his soon-to-be ex-wife that her family are selling the gallery he runs. Jack quickly comes up with a plan to sell the Italian house he co-owns with his estranged father (Neeson), so he can buy the gallery himself.

What follows is the exploration of a broken father-son relationship, strangely contrasted with a comedy of errors as the two try to restore the dilapidated house. Jack is understandably angry towards his father, on the surface because the house is far from any sellable condition, but it’s soon uncovered that the two have a lot of emotional baggage stemming from the loss of Jack’s mother [Micheál Richardson’s mother/Liam Neeson’s wife Natasha Richardson passed away in 2009].

Viewers may also experience a great deal of anger themselves, if only for seeing such a beautiful house being neglected like that. It’s hard to believe anyone owning that property and not being there every chance they could.

However, the heart of the film doesn’t come from the central actors or story, but the incredible scenery and tantalising food that comes with the romantic location. Every bowl of risotto and slice of pizza will have your mouth watering, especially during times of COVID, when Italy seems so far out of our reach.

As his directorial debut, James D’Arcy (who played Tony Stark’s butler in Avengers: Endgame) shows a knack for utilising the mostly single-location shoot – the tight space of the Tuscan house and nearby village (which was shot in the beautiful village of Monticchiello).

Unfortunately, where D’Arcy falls short is with the pick’n’mix shooting techniques he uses throughout. Ranging from a fast-cut road trip montage to a slow-motion dinner sequence, then first-person Vespa riding – when mixed together it all feels a bit messy.

The story itself, which D’Arcy wrote, explores a great deal in such a short time. We get a lot of insight into the family’s broken past, and also sympathise with all sides as to why it fell apart. It sticks the landing with an emotional climax that feels true to the characters.

It’s somewhat surprising to see Neeson in such an oddball film. The fact that they’re a real-life father and son gives the story a lot of warmth, and while Richardson struggles to keep up with his dad’s acting chops, you can feel the bond that keeps pushing them together.

While the physical comedy sometimes takes away from the emotional beats, this is very easy watching. It feels like classic European cinema with locations and food that will have you planning your next holiday… whenever that may be. 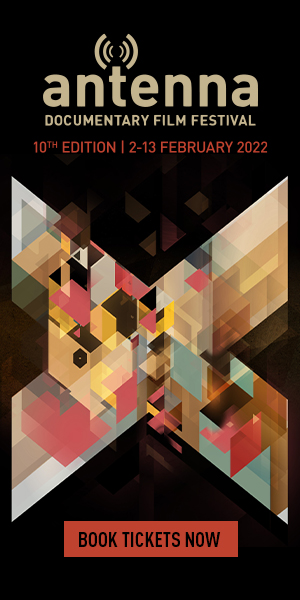