THE SCRIPT OF LIFE: JOY HOPWOOD

Joy Hopwood is one of the busiest Independent filmmakers that Australia has ever produced. She describes herself as an all-rounder “creative” who continually loves writing, producing, directing, acting and even painting! The Script of Life is Joy’s second indie feature film, making her directorial debut.
Facebook

Journalist, Mark Morellini, gives the film four stars out of five stars and says, “The Script of Life is an entertaining Rom-com and is the perfect example of an Aussie feel-good flick which leaves audiences smiling long after leaving the cinemas!! Great performances from a refreshingly capable yet relatively unknown ensemble cast bring an array of likable (and one NOT so likable!) characters to life on the big screen. Audiences will laugh, cry and ultimately will marvel at how such an enjoyable film with such high production values could possibly have been a labour of love!!”

Joy grew up watching Rom-Coms produced by John Hughes, Gary Marshall, P.J.Hogan, Nancy Meyers and Nora Ephron. “I love all these light hearted films because of the well written characters, the subtle hidden life messages and the feel-good feeling you have after watching all of these films. I’ve adapted these styles into my own style of making films, with more diversity and with a modern twist. As a storyteller with a CALD background, it’s important to cast actors that have nothing to do with their ethnicities, nor stereotype cast them. When growing up in Australia, there were hardly any role models who looked like me on screen and it’s so important to have films that reflect our modern society so everyone feels that they belong.”

The Script of Life focuses on two main characters, Sam Davies and Lana Ong. Sam who has always wanted to be an actor and Lana who has always wanted to be recognised at work. Both have a history of meeting the wrong people. As their professional and personal worlds collide, trouble and misunderstandings ensue, thanks to competitive office colleague Mia Boyce, who steals and likes trying to jeopardise everything and anything that gets in her way in order to get ahead. But can their friends and family convince Lana and Sam to give love another shot? Sometimes, life doesn’t go according to script.

The Script of Life has recently signed to U.S. distributor, Leomark for a Dec-January 2020 release. Joy is currently in pre-production with her third feature, Rhapsody of Love. “With each film I make, I just want to keep improving and hearing the audience laugh, that’s what’s most satisfying to me as a filmmaker.”

Screen Australia’s report Seeing Ourselves: Reflections on Diversity in TV Drama provides further information about the importance of diversity on Australian screens. 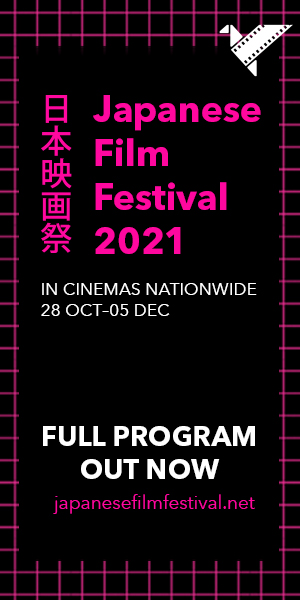