Members from a new collective of film festival programmers comprising people of colour, women and TSLGBTQ+ made their first public appearance together last night at the Sundance Film Festival in Utah.
Sundance

Having already confirmed 85 members, POC2 (Programmers of Colour Collective) aims to stimulate conversation around the underrepresentation of people of colour within film programming and international film festival staffing, but also to act as a catalyst for transformative change towards a more inclusive international programming pool.

Set against the snow-filled backdrop of the Park City festival hot-spot ‘Timbers Bar’, many of the recently formed collective’s members assembled for a group photograph: a symbolic first step in a push towards a greater representation of diversity at film festivals’ curating and greenlighting tables.

Those in attendance included founding members Paul Struthers (Director of Exhibition & Programming at Frameline), Hussain Currimbhoy (Programmer, Sundance) and Lucy Mukerjee (Senior Programmer, Tribeca), as well as other influential industry figures including Cameron Bailey (Artistic Director and Co-Head of Toronto International Film Festival), Loren Hammonds (Senior Programmer, Tribeca) and Gina Duncan (Associate Vice President – Cinema, Brooklyn Academy of Music). The photo was accompanied by the publication of a full list of the collective’s current members. Spanning five continents and counting among its ranks festival and industry programmers from a diverse range of film festivals, the nascent collective’s list shines a light on a growing generation of such programmers who are calling for a greater recognition of the inclusion of their perspectives.

Spurred by the many cases of (unconscious) bias in film festival selections that are gender-imbalanced, lack representation of people of colour or else portray them or other underrepresented groups in a way that is inauthentic or culturally appropriative, the collective’s objective is for programming pools, and therefore the films selected for festivals, to become truly diverse.

The collective chose to launch at Sundance where, contrary to the norm, diversity is the order of the day in the programming room. POC2 will strive for such inclusivity to become ubiquitous with curating films.

The primary aim of POC2 is not only to stimulate a conversation around the lack of programmers who are people of colour at international film festivals, but also to be a catalyst for transformative change towards a more inclusive international programming pool.

Ultimately, the primary objective is to make festival line-ups themselves more robust, reflective of international audiences and richer through inclusion.

The Founding Members (listed below) issued the following statement:

“As a collective, we’re forward-looking and focused on connecting people with opportunities. Whilst we seek to diversify the current festival programming pool, we also want to create a network of new talent from all of our communities that feeds into those pools and creates its own programming activities. We want to be a portal where other collectives with similar interests can connect with us, offer advice and who we ourselves can advise on festivals, programmers and films. Essentially, we’re a new door into the industry for other POC groups and filmmakers.”

POC2 advocates for studies, research and statistics on the composition of the international film festival programming pool to provide data on equality gaps within the industry.

Through mentoring schemes, generating greater awareness on the profession of film and industry programmers as well as outreach to universities and schools, POC2 will create pathways for POCs, those belonging to underprivileged socio-economic backgrounds and underrepresented groups more generally.

POC2 will also create an internal database and online repertory of POC programmers.

A panel organized by POC2 due to take place during the Berlinale (Berlin International Film Festival, – Feb. 7th – 17th) is currently in the making. 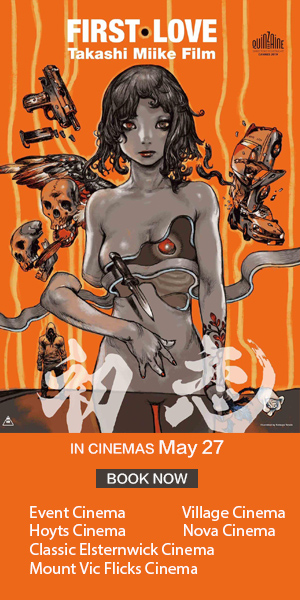