How Hayden moonwalked into The Nine Network

Hayden Huynh has the world at his feet. Hayden shared how his student documentary on differently-abled people in the workplace got shortlisted at film festivals around the world, and how he moon-walked his way to a role at The Nine Network, working on some of their biggest shows.

One of Hayden’s biggest passions as a creative is his commitment to his craft as a Michael Jackson performer. Dancing for over 12 years, Hayden has built a cult following with his slick moves and outfits on his YouTube channel with over ten thousand views on some of his videos.

“It’s definitely my ice breaker when people ask for a fun fact about who I am. I’ve been doing it since I was eight, and I’m now 20 – so it’s been a huge part of my life,’ Hayden said.

“I was given the opportunity to perform at the end of trimester party in 2019 at SAE Sydney, and that was really cool. Having gone to Newtown High School of the Performing Arts, the motto was always ‘go big or go home’, so that’s what I do.”

Hayden graduated from SAE in December 2020 with a Bachelor of Film degree, which he completed via the two-year accelerated pathway. In addition he made the Dean’s Merit List for his services to the Student Council and his academic achievements.

“Being on the Student Council gave me the opportunity to network with not just film students, but those from other disciplines as well. I really enjoyed the chance to collaborate with like-minded people with similar passions.

“When it came to my major projects, I knew a student studying audio and someone in animation. So it was good having a smorgasbord of connections at my fingertips.

“Getting to use the film gear at SAE was awesome. I never thought I’d be handling a $48,000 camera as a student. It was great to use industry standard equipment, because since graduating, that’s what I’ve been using.”

One of Hayden’s high points during his studies was the success of his documentary, A Cup of Josie.

The film focuses on aspiring apprentice chef, Josephine Casey, and explores how we think of differently-abled people in the workplace. The short-film received multiple selections at film festivals globally and was also featured on SBS.

“It was really cool seeing Josie in the kitchen, and the film showed that no matter what you’re born with, you can still live your dreams.

“It was amazing to get shortlisted for the Focus on Ability Short Film Festival, and then to find out the film would then get featured on SBS was just incredible.

“When I first got a text about it being on SBS, I thought it was a spam text, so I ignored it. I then got a follow up email about it which is when I thought you’ve got to be kidding me – I think I cried for five minutes!”

“It’s a fast paced and fun environment to be in. I liaise with the production companies who create the shows, so the producers can cut promo videos for the shows.

“I’ve only been in the job for eight months, so I’m still learning the ropes. But after graduating SAE and going straight into the industry at Nine, I feel incredibly fortunate.”

With the evolution of film and television, and the demand for professionals who are industry ready, Hayden shared that there is a need for ‘scrapinators’ and ‘predators’ in the industry.

“A ‘scrapinator’ is like a swiss army knife – you’re someone who can use a camera, be on sound, do functional post production – so you have a strong general knowledge of all production. ‘Predators’ are a combination of a producer and editor.

“One off freelance jobs come up all the time where they need a camera operator or someone on sound, so you need to be adaptable and have a core knowledge of all these different facets to make it in the industry.

“As cliched as it sounds, if you want to be successful, connect with anyone and everyone you meet in the industry; as they could be a future work colleague or even your boss down the track. So long as you have an open mind, and are willing to listen and learn, you’ll go far.”

SAE Creative Media Institute understands creators like Hayden, and provides students with the experience, skills, equipment and connections to succeed in the industry. Find out more at sae.edu.au.

About SAE
SAE Creative Media Institute is the place for creatives and innovators. Since 1976 we’ve been the leaders in creative media education across animation, audio, creative industries, design, film, games, web and mobile. Every year, we support more than 10,000 students globally to develop the skills and experience needed to carve successful careers. Students enjoy access to the latest technology and are taught by industry-experienced faculty, while putting their skills to the test in small class environments. Our graduates become part of a highly-respected global community of creatives that’s been around for over 40 years. We pride ourselves on being technically explorative, transformative and brave through our range of creative media programs, from short courses and professional training through to bachelor and postgraduate degrees. In Australia, our programs are delivered at campuses in Sydney, Brisbane, Byron Bay, Melbourne, Perth and Adelaide. SAE is a part of Navitas Pty Ltd. More information about SAE is available at sae.edu.au 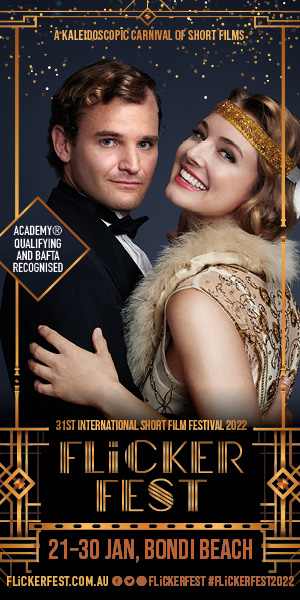