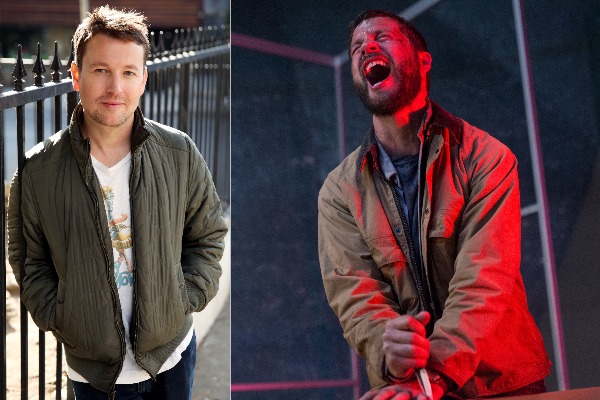 Behind the coffee shops and boutiques that line Melbourne’s Smith Street, the formally abandoned Collingwood TAFE building has become the stage for new Aussie sci-fi thriller, Upgrade (formerly known as STEM). Broken up in to nine separate sets – from a bar to a doss house – it’s where FilmInk finds itself on an extremely hot Victorian afternoon.

The film stars several Australian and American stars including Logan Marshall-Green (Prometheus), Betty Gabriel (The Purge: Anarchy), Benedict Hardie (Hacksaw Ridge), Harrison Gilbertson (Beneath Hill 60) and Linda Cropper (Little Fish). And what might get genre fans salivating is the fact that it’s written and directed by Leigh Whannell who, along with James Wan, gave us the original Saw and Insidious. This is Whannell’s sophomore directorial effort after he held the reigns on the third chapter in the Insidious series.

The official logline reads as follows: “In a utopian near-future when technology controls everything, a technophobe avenges his wife’s murder and his own paralysis-causing injury with the help of an experimental computer chip implant – that turns out to have a mind of its own.”

“My first reaction [to the script] was fear,” admits Logan Marshall-Green on the set of the film. He plays Grey, the aforementioned technophobe who becomes fused to the experimental chip called STEM. “Which means I liked it,” he clarifies. “I knew this was going to be a lot of work.”

Understandably, everyone is keeping their fingers to their lips when it comes to explicit details about the film, but Betty Gabriel, who plays Detective Jane Cortez, was enthusiastic about what audiences would see. “It’s a sci-fi movie, but it’s very real,” she said whilst relating the film to our obsession with technology. “It fits in with the real conversations we’re having, our real lives, and it freaks me out.”

Producer Kylie du Fresne (The Sapphires, Cleverman) wants you to know it’s a home-grown feature through and through. “For us, it’s really exciting because Upgrade is an Australian film,” she said. ‘We don’t normally get to make films like this in Australia. It’s an intelligent genre film because it’s got something really interesting to say underneath it.”

Whilst things were being set up for a noir looking scene with Benedict Hardie in a suitably dingy corridor, Whannell was happy to chat about what it was like to come back and film in his home town. “There’s such talented people here. Such talented technicians. They’re world-class,” he said outside the set. “There’s a smaller pool of people so sometimes you get access to the best people. You can get the best costume designer on your film because she works on big Baz Luhrmann films and then she does independents because he’s not always making stuff!”

Production is set to wrap up on 10 March after a six week shoot, and the whole thing is a joint effort between Australian production house Goalpost Pictures and Blumhouse, who are currently basking in the warmth of the glowing reviews for Get Out, which also stars Betty Gabriel.

Madman Entertainment will handle Upgrade’s distribution at home, whilst Universal will look after the international release. Upgrade is screening at the Sydney Film Festival before getting a theatrical release from June 14. 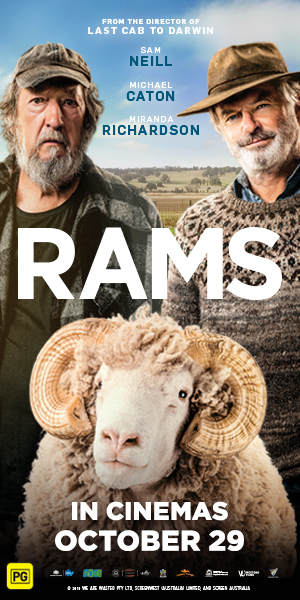