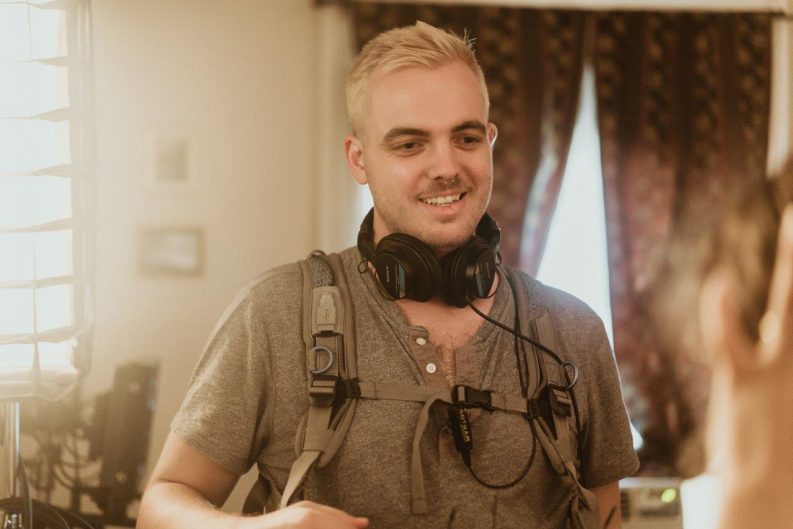 “This is my first feature as a producer, and we’re over the moon at how well it’s been performing around the world, especially given the curve ball 2020 gave to the film industry,” says Kieran Altmann from his quarantine in Adelaide, after arriving from the US to be at Shiva Baby’s physical Australian premiere at the Adelaide Film Festival.

Written and Directed by Emma Seligman, and based on her short film of the same name, US indie feature Shiva Baby world premiered at the prestigious Toronto International Film Festival earlier this year.

Tell us your story, and how did you end up producing the film?

I’m actually from a rural city, about an hour southeast of Adelaide called Murray Bridge. I grew up there and then did my secondary school schooling in Adelaide. And then I moved to New York and did my undergraduate in film and TV production at NYU’s Tisch School of the Arts.

One of the other producers on Shiva Baby, Katie Schiller, is one of my good friends from uni, and we were actually roommates when I lived in New York. In terms of Emma, the writer/director, we actually studied together while at NYU, and did a semester together that was heavily focused on screenwriting. We actually met in my third year of uni, which was a study abroad program in London and it was a full semester dedicated to developing a feature film script. I became very close friends with her because I think we were only a cohort of about 10 students that semester. We became very friendly and close over that semester. And I obviously was able to see how talented she was as a filmmaker and a writer, even though her script that semester wasn’t Shiva Baby. 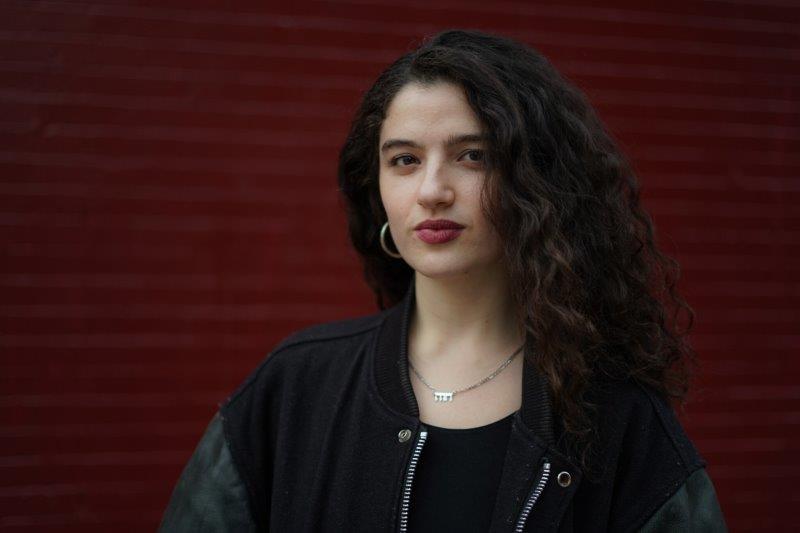 I also have a background as a location sound recorder. I was almost going to be the location sound mixer for the short film Shiva Baby, but my schedule was just a little too busy. But obviously that film, that short film, premiered at South by Southwest in 2018 and just prior to it premiering, Katie Schiller and I joined the feature film version. Having that short film as a direct comparison and almost proof of concept really helped us bring in financing and also attaching what is quite an outstanding ensemble cast for such a first time indie film.

Did you make any film before heading to study in New York?

We didn’t have a film program at our secondary school, but I had always been a writer. I taught myself the craft of writing screenplays, funnily enough as a kind of procrastination activity during school. I had never worked in physical production, but I had a lot of personal interest and self-taught aspects from a screenwriting perspective. And the application to NYU, their Tisch School of the Arts, you could either do a 10 page short film writing sample, or a 10 minute or less short film. Luckily my background in screenwriting, I was able to use that in the application process.

Anyone in particular that inspired you?

I think I was always interested in films. My grandfather was a doctor and both of my parents are doctors, so that was kind of the family business. During high school, I was choosing whether to follow my passion in film or study medicine. My grandpa was part of a recreational film club in the Barossa Valley. And he would often give me the programs and they were independent, often foreign films. But I think a lot of Australian films really inspired me and showed me how genuine storytelling can be from a film perspective. Independent cinema, especially Australian independent cinema, really inspired me. I remember watching classics like Muriel’s Wedding and The Castle and Priscilla, Queen of the Desert growing up.

I think the film that really flicked my mind was Animal Kingdom, which I saw at the Palace Nova in year 10 or year 11. That was the light bulb moment. It’s very meaningful and a full circle moment to have Shiva Baby playing there.

Your parents are down as EPs on Shiva Baby; did they contribute some money to get that credit?

We didn’t have a very high bar set for EP credit, but it’s a mixture of yes, them helping a little bit with financing, and then also just as a thank you from me for their support over the years as well.

Rachel Sennott is so great in Shiva Baby. She was also in the short film. Was there ever any thought in getting a better known actor for the feature?

Rachel and Emma are very good friends and close collaborators. They met on the short film and formed such a strong bond through that process that Emma never even thought about casting someone else. They were both at a similar point in their careers, and I think that could be a reason why it was trickier to finance. A few people told us that it would be great if we` could get a bigger name in the lead, but we really stuck to our guns and found collaborators and investors and filmmakers that believed in Rachel and Emma and the vision as a whole.

I have had producers tell me that you can make an indie film for a lot less in the US than in Australia. Do you have any thoughts on that?

I have never produced any other indie films in America, but I will say… We filmed in Brooklyn, which was a huge advantage and I think that’s why we were able to cast so well because everyone except for Fred Melamed was a local to New York. There were no housing costs or major transportation costs involved from a cast perspective.

And then I think just the competitive market of New York… Most of our vendors probably gave us like a 90% discount on regular gear rental rate. And everyone who worked on the film behind the camera were all close collaborators of ours from other projects. They were all taking cuts in their rate. I think it would definitely be possible to make a movie like Shiva Baby in Australia, but in terms of price point, I could imagine things doubling or tripling.

The usual route for an indie is to go for Sundance, but you ended up premiering at TIFF. Can you explain the festival journey of the film?

We filmed this in August 2019. The cutoff to submit to Sundance was mid October, and they gave us an extension. We submitted a work in progress cut, it didn’t have any of the score, which I think is actually such a unique aspect of the film. If we had the completed product when we did submit to Sundance, perhaps things would have been different.

In that moment, that was definitely more devastating than any kind of rejection we had gotten. But I think in a normal year, if we had played South By Southwest, festivals like TIFF would have excluded the film automatically because there was already a North American premiere.

I think having Emma, the writer/director, who is also Canadian and she was part of the TIFF Next Wave program, which is a development program for high school and middle school students, so it was really a homecoming similar to the Adelaide Film Festival for me, so that was really exciting.

We also did MIFF, the Melbourne International Film Festival earlier in the year in August. And we were just so pleased and overwhelmed with the reception. I think within their first weekend, we were the first film to sell out all of the digital tickets. So then we upped the capacity.

Are you planning on coming back to Australia and making films?

In the long run, I would love to foster and develop and make projects, both in the United States and various areas of the world, but also bring stories and develop and make them in South Australia and Australia in general. I spent a lot of my time as a kid, and still do, going to Kangaroo Island over the summers and even the Outback of South Australia. I think there’s so many unique and beautiful aspects of Australia that just lend themselves so perfectly to filmmaking and the beauty and visuals of filmmaking.

There are just lots of stories to be told that can connect with international audiences. There’s a novel that’s set in Adelaide that I’m thinking about potentially optioning and developing. And then I have a few original feature film ideas and a mini series idea that would be set in South Australia.

Obviously COVID has changed things up and I’m definitely in Australia for the foreseeable future. It’s a matter reevaluating how things are going. But yes, I definitely love the idea and my aspirations do lie in fostering and developing and creating Australian stories.

Shiva Baby is screening and streaming at the Gold Coast Film Festival, 14 – 25 April 2021