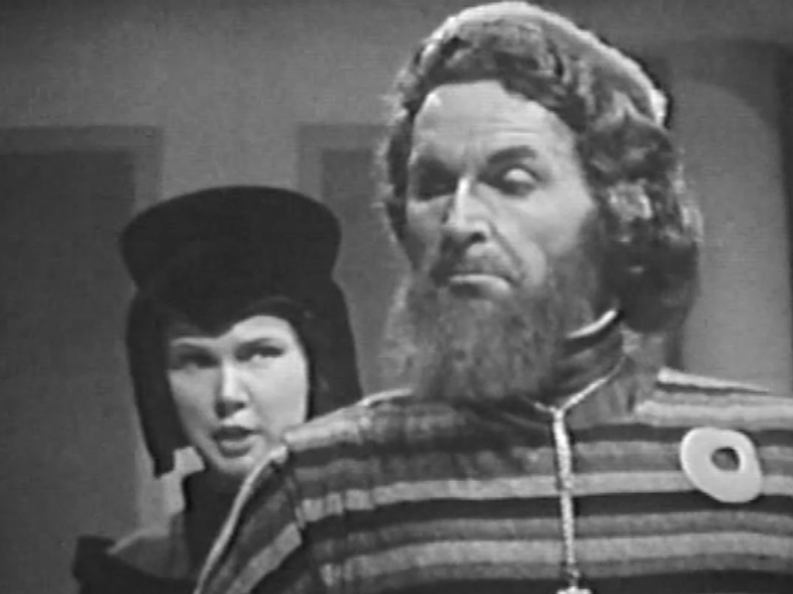 In the early days of Australian drama, the mystery wasn’t why the ABC produced Shakespeare, it was why it took them so long to getting around to do it. Shakespeare was Culture. Shakespeare was politically safe (always a consideration when spending taxpayers’ money). Shakespeare was on the high school reading list, so there was a guaranteed audience. And Shakespeare was, well, the greatest dramatist of all time (arguably).

The ABC didn’t get around to tackling the Bard until 1959, three years after TV started in Australia… but when they did, they did it in style with spectacular, no-expenses spared productions of Hamlet and Antony and Cleopatra on the one night (one in Sydney, the other in Melbourne). It was followed by productions of Macbeth, Richard II, The Taming of the Shrew, The Tempest, Othello, Macbeth again, Twelfth Night and Romeo and Juliet. And, in 1961, they did The Merchant of Venice.

I’d probably classify Merchant of Venice as a second-tier masterpiece in the Shakespeare cannon. It’s a comedy-drama, I guess (though everyone seems to remember the drama more than the comedy), about a merchant in Venice named Antonio who borrows money from Jewish moneylender, Shylock, in order to help his friend Bassanio marry Portia; Antonio defaults, so Shylock – in a cranky mood because his daughter, Jessica, has eloped with a Christian, Lorenzo – comes after a pound of flesh, literally, and it’s up to Portia to save the day.

The play is deservedly famous and contains some of Shakespeare’s most famous characters (Shylock, Portia), and legendary speeches (“the quality of mercy”, “hath not a Jew have eyes”). It’s also problematic, as the kids say these days, because of allegations that the play/Shakespeare/the heroic characters are anti-Semitic. I don’t really want to wade into that field, except to say – yeah, it is, pretty much, especially at the end with everyone ganging up on Shylock. The play still gets produced/discussed a lot, in part because Shylock is such a fantastic role: the actors who have played him include Orson Welles, Edwin Booth, and Al Pacino. And because Antonio seems to be hot for Bassanio.

The ABC decided to film it in 1961. The director assigned was Alan Burke, who hadn’t done Shakespeare before, but enjoyed a strong theatrical background, and had been behind a number of TV play adaptations. It was shot in Sydney at ABC’s Gore Hill Studios and starred Owen Weingott (Shylock), John Unicomb (Antonio), Ron Graham  (Bassanio), Tanya Halesworth (Portia), Barry Creyton (Lorenzo), Annette Andre (Jessica) and Leonard Teale (Prince of Morocco). These were all experienced actors (Ron Graham was the dad of Marcus “E Street” Graham, just FYI), with one exception: Halesworth, who had only appeared once on stage before, but was one of the most popular TV personalities in the country, and had a freshness and energy that appealed to Alan Burke (he had a soft spot for stunt casting: American dancer Joe Jenkins in the title role of The Emperor Jones and champion swimmer Murray Rose in My Three Angels).

The ABC didn’t stint on the production – there were elaborate sets and costumes, plenty of extras. It’s a charming rendition of Shakespeare, a presentation of its time but very well-acted. Barry Creyton told me “we wanted to make the Shakespeare accessible to even a non-Shakespearean ear. We tried to make it sound like actual conversational English.” I think that decision paid dividends. Everyone is very sweet. Leonard Teale’s brown-face hasn’t aged well, though it’s always a pleasure to hear his voice and watch his acting. Owen Weingott is excellent as Shylock, who is sympathetically depicted – but still gets ganged up on at the end, as per Shakespeare. 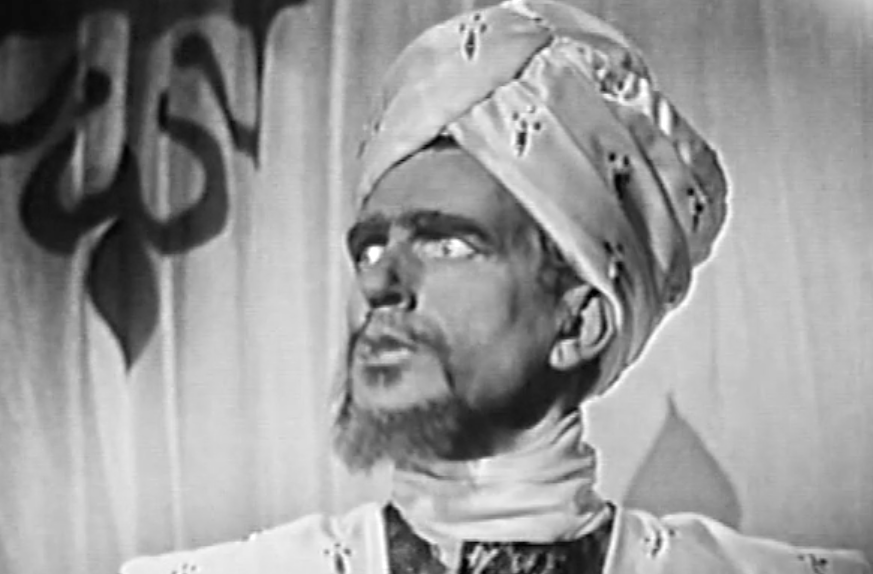 Alan Burke shows skill with blocking actors and moving the camera, though is reticent to use close ups apart from when characters are performing soliloquies. It will help if you’re familiar with the play, but then you can say that about most Shakespeare adaptations. Bassanio and Antonio seem more interested in each other than Jessica, but again, you can say that about most Merchant of Venice adaptations.

I sent a copy of the film to cast members Annette Andre and Barry Creyton who I’ve previously interviewed for FilmInk. They kindly offered their thoughts on a production nearly sixty years old:

Barry Creyton: “Merchant was a live production in Sydney; consequently, I’d never seen it in its entirety until you unearthed the recording. A short segment of the “kinescope” lost sound, and I returned to the studio to loop a few lines of dialogue. Due to the repetition demanded in looping, this scene was the only one that remained in my memory until I saw the video of the whole a few weeks ago.

“I was greatly impressed by the seamlessness of the production, the performances, and the fluidity of Alan Burke’s sensitive direction. Owen Weingott was a powerful Shylock, Tanya Haylesworth a thoughtful and attractive Portia. It was a great joy to see so many old friends and colleagues at the peak of their talents.

“Seeing oneself at twenty-one is a considerable shock and my first reaction was to seek out a time machine to go back and do it all better! Sixty years on, I’ve had the joy of playing and directing Shakespeare, and oh, how I wish I could apply the knowledge I have now to what I did then. Freud said it best: ‘If only youth knew, if only age could.’

“One thing I did realise then, and appreciate more so now that I’ve seen the recording, is how fortunate I was to have played opposite Annette Andre who was so accomplished, warm and utterly reciprocal in her understanding of our scenes together.

“While I’d been steadily employed in theatre and radio since my late teens, this was my first major TV gig. I was lucky, indeed, that it was in a superior production that is enjoyable to watch even today, and comparable to live British TV productions of the same period.”

Annette Andre: “I very recently watched a recording of ABC’s The Merchant of Venice some sixty-odd years later. Of course, one always has mixed emotions when viewing yourself, but I tried to see it these many years later through professional eyes.

“I must say, I thought it was a brave decision to produce a Shakespearean play in those early TV days. I doubt any of us actors, except perhaps a couple who had gone to London for a while, had any training in Shakespeare. There were no drama schools in Australia; we learned by instinct.

“I remember being thrilled to be acting in a Shakespeare play, but I was also aware of my inexperience. Things were made more difficult by the lack of time for rehearsal. But as I watched it the other day, I found myself pleasantly surprised by some of the performances, particularly by Tanya Haylesworth as Portia and Owen Weingott’s Shylock. For my part as Jessica and Barry Creyton’s Lorenzo, we portrayed sweet, young things without much dramatic impact. But in saying that, I feel grateful to have had that experience. It certainly was a huge step towards my future career.”

The author thanks Annette Andre, Barry Creyton and Chris Keating for their help with this article.

The Flawed Landmark: Burst of Summer