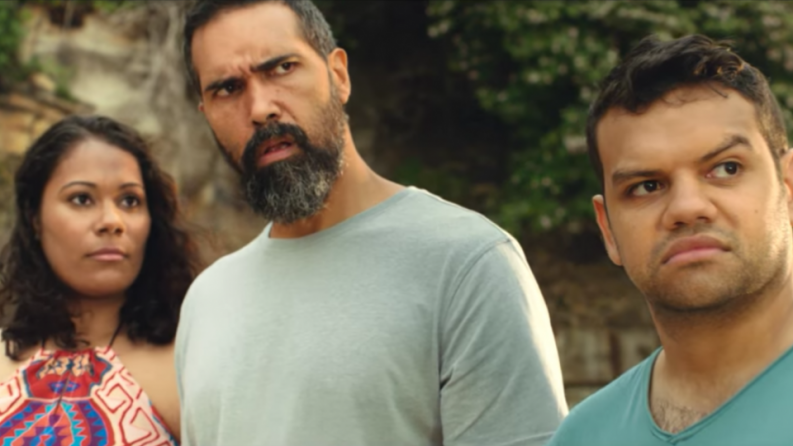 Controversy has raged over the 2017 Australia Day lamb ad from the Meat and Livestock Association, which posits an Indigenous family at a beach barbecue dealing with the arrival of the First Fleet, along with a grab-bag of other historical arrivals in Australia, in what is a well-intentioned, if tone deaf, paean to Australian diversity and multiculturalism.

Indigenous authorities have decried the spot, pointing out that, for them, British colonisation is still no laughing matter. Indigenous journalist Amy Mcquire observed that “…there’s Aboriginal people dying in custody, having their children taken away, suiciding … and that oppression stems from that original invasion.”

Meanwhile, One Nation leader Pauline Hanson has scorned the ad for being too politically correct, saying, “It’s pretty sad when it’s basically shutting us down for being proud of who we are as Australian citizens.” which seems to be missing the point entirely. Here, if you’ve not clapped eyes on it yet, is the offending commercial:

However, what struck us here at Filmink, given our area of focus, is how familiar the piece looks. The beach barbecue/First Fleet imagery here has cropped up before, used to make a more pointed case about Australia’s attitude to refugees. Sacred Heart director, Kosta Nikas, created the short film, Boat People, starring Wyrmwood‘s Leon Burchill, back in 2013. Check it out:

That’s a far cry from Poh Ling Yeow’s joyous cry of “Aren’t we all boat people?”, isn’t it? While the aims of each piece are markedly different, the visuals are, in places at least, strikingly similar, although it’s safe to say the Meat and Livestock Association provided a heftier budget than Nikas was able to garner.

But let’s see what we can dig up if we go back even further. In 1986 writer, Geoffrey Atherden (Mother and Son), and director, Don Featherstone (The War That Changed Us) made the half-hour mockumentary, Babakuieria, which remains one of the sharpest and most on-point pieces of satire ever created in Australia. The film takes the simple step of flipping the races, depicting an underclass of “Whities” in the eponymous fictional country being oppressed by a colonising force whose on-camera representatives are all played by Indigenous actors. It’s brilliant, uncomfortable, hilarious viewing, and here the entire thing is:

Now, that film was made over 30 years ago, and it still resonates today, as evidenced by the way its imagery and concerns are echoed by the above two, far more recent works. Indeed, what’s remarkable is how little has changed – the production values may be better now, the camera and editing techniques more sophisticated, but there are more similarities than differences on the deeper, thematic level. Wherever you fall on the Australia Day debate, it’s disheartening to recognise how little we’ve progressed in 30 years.